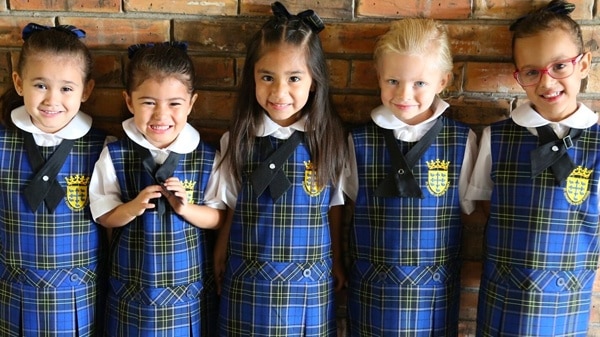 With widespread school closures due to the COVID-19 pandemic, the debate over school choice has once again taken center stage.

For the past seven years, approximately two-thirds of Americans have consistently supported school choice.  Additionally, support is largely bipartisan, with 82 percent of Republicans, 69 percent of Independents, and 55 percent of Democrats in favor of school choice.

The positive impact of access to quality education is clear.  As President Donald Trump said during his State of the Union Address on February 4, 2020, “The next step forward in building an inclusive society is making sure that every young American gets a great education and the opportunity to achieve the American Dream.”

First, however, students need to be encouraged to stay in school.  Numerous studies have shown that school choice programs increase graduation rates among participating students.  For example, students in the D.C. Opportunity Scholarship Program, a program that gives private school scholarships to students from low-income families, increased their graduation rates by 21 percent.   A similar program in Wisconsin, the Milwaukee Parental Choice Program, increased the likelihood of graduation and college enrollment by 4 to 7 percent.

Initiatives such as education savings accounts, school vouchers, and tax-credit scholarship programs give low- and middle-income parents the opportunity to choose the best schools for their children.  According to a January 2021 survey by Beck Research for the American Federation for Children, 74 percent of respondents support school vouchers that allow low- and middle-income families to send their children to schools of their choosing.  Additionally, 55 percent of the respondents with children in public schools would prefer different schools for their children.

Parents often know what type of education is best for their children, however many don’t have the financial means to send their children to private schools. School choice programs support socio-economic and racial integration within school communities by giving children from different backgrounds the opportunity to learn, grow, and succeed at schools that meet their needs and align with their values.

Florida, for example, has seen great success with school choice programs.  Recently, Governor Ron DeSantis signed transformational legislation that will significantly expand school choice opportunities for Florida students.  “This legislation creates historical levels of flexibility in both schooling and educational services for millions of low income families and families of students with unique abilities,” DeSantis said. “As we have seen for more than 20 years now, these scholarship programs have elevated so many children and families.”

Florida also has the nation’s largest tax-credit scholarship program that helps more than 100,000 students from low-income families attend the schools of their choosing.  Sixty-seven percent of these students are Black or Hispanic.

For the majority of parents in Florida’s tax-credit scholarship program, character development is an important factor in choosing schools for their children.  In a survey, parents were asked to name the top three factors that affected their school choice.  Sixty-six percent of parents responded that religious education and instruction influenced their decision, while morals, character, and values influenced the decision of 52 percent.

There are more than 30,000 private schools in the United States.  Sixty-seven percent of these schools have a religious affiliation or religious orientation.  Opponents of school choice often argue programs that enable students to attend religious-affiliated schools are unconstitutional and violate the establishment and free exercise clauses of the First Amendment.

In 2020, the U.S. Supreme Court ruled favorably on Espinoza v. Montana Department of Revenue.  This was an historic decision that protected the rights of families participating in school choice programs to choose religious education for their children.  As former U.S. Secretary of Education Betsy DeVos remarked, “This decision represents a turning point in the sad and static history of American education, and it will spark a new beginning of education that focuses first on students and their needs.”

School choice programs give students more opportunities to receive the education they desire.   But more importantly, these programs give families the freedom to choose the type of education that is best for their children and ultimately the knowledge, skills, and values they need to succeed.