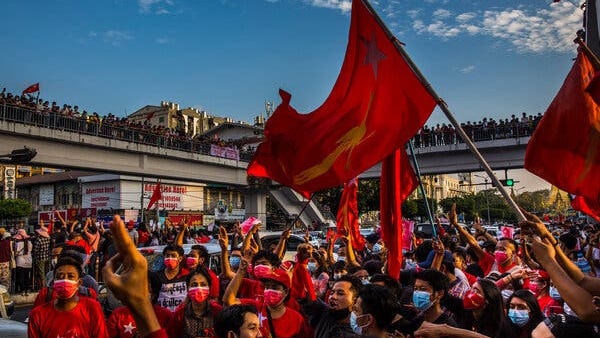 After the February 1, 2021 coup d’état in Myanmar, the National League for Democracy were deposed by Myanmar’s military.  They declared a year-long state of emergency and declared power had been transferred. To provide history and context to this historical struggle for Democracy, Newt’s guest is Wai Wai Nu, a Rohingya-Burmese activist and an outspoken advocate for the rights and equality of all the people in Myanmar.

Myanmar Coup: What is Happening and Why? – BBC