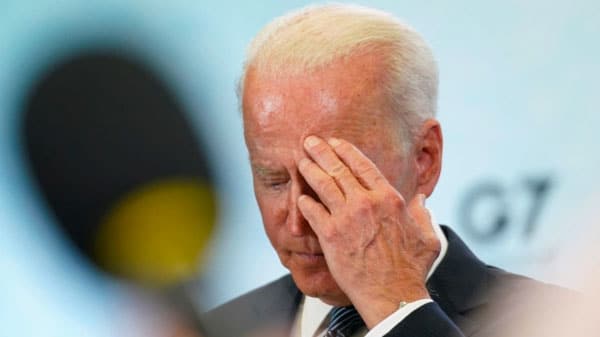 Kevin McCarthy is a leader who is seriously concerned about America’s standing in the world, and how that affects everyday Americans.

As Speaker Nancy Pelosi called the U.S. House of Representatives back into session after a three-week break, she was focused narrowly on partisan attacks and partisan legislation – which virtually no Republican was willing to support.

The radical House Democrats were busy replacing “mother” with “birthing person” (whatever that is). They were busy splitting the Democratic Party into pro-Israeli and anti-Semitic wings.

House Democrats were committed to even more spending, bigger deficits, and higher taxes.

Overseas, Vice President Kamala Harris was making a fool of herself on the Guatemalan border with strange answers and weird, awkward laughter.

Meanwhile, in Europe, President Joe Biden was worrying Europeans with his obvious mental deficiencies. He offered to work with the Russians three times in helping Libyans, when he meant to say Syrians. To make his cognitive confusion even clearer, he followed British Prime Minister Boris Johnson in introducing the President of South Africa as though Johnson had ignored him. Virtually all the heads of government laughed at Biden.

Contrast this negative, partisan, and strange agenda by Democrats, and take a moment to read House Republican Leader Kevin McCarthy’s letter to his members.

McCarthy proved in the 2020 campaign that he could develop a positive commitment to America and recruit the most diverse candidates in House GOP history.Instead of losing 15 to 50 seats as forecast by the so-called Washington experts, Republicans ended up building momentum and winning 15 new seats.

I am convinced Leader McCarthy is likely to be the next Speaker of the House. When you read this letter, I think you will agree that something special is building at the grassroots.

Our Country in Crisis

Operation Warp Speed has brought our country back from the brink. You see it in our communities with retail and restaurants operating at full capacity, Americans shedding masks at the grocery store and barber shops, kids returning to school and summer camps, and a palpable sense of optimism that life is returning to normal.

This should be a time when that optimism is met with more opportunity. Instead, our country is in crisis.

Americans planning to get back into the office and travel with their families face the highest gas prices in seven years – when Joe Biden was Vice President. If they are in the market to buy a car, the sticker shock is forcing them to reconsider or pay significantly more than the asking price.

Our grocery bills are rising too. Milk, bacon, and meat, just to name a few, are now more expensive than recent years. Several companies, like General Mills, have explicitly warned they will soon be forced to raise prices on their products as ingredients get more expensive. Hormel Foods already did – just look at Skippy peanut butter.

Overall, consumer costs have risen by the highest rate in 13 years.

This inflation is a tax on Americans and is directly related to the Democrats’ reckless policies.

The price shocks are also fueled from a wave of cyber-attacks that have knocked out gas and food supplies. Rather than use the American government to confront these threats, the Biden administration is rewarding Russian energy companies and Chinese-owned technology companies.

In addition to increased prices and software threats, the Democrat agenda is also hurting our small businesses – the backbone of our local economies. With increased costs and a labor crisis created by Democrat policies that pay Americans more money to stay home than work, small businesses have emerged from the pandemic facing new existential threats. Without workers, a small business cannot survive. Without small businesses, communities will suffer.

In addition to economic uncertainty, American communities are experiencing historic increases in violent crime. Last year was the most violent year in our country since the mid-90’s. This year is already on a worse trajectory. According to data released by the Major Cities Chiefs Association comparing homicide rates from the first quarter of 2020 to the same time period in 2021, 44 of the 63 cities surveyed reported an increase in homicides.

The Democrats have responded standing with calls to defund the police and open our borders. In fact, the border crisis has led to terrorists trying to enter our country. The Administration’s response: laughter.

The American people deserve real leadership – most of which is currently failing across the board.

As we emerge from the virus, elites at institutions across our society are being forced to reckon with the truth: the coronavirus likely came from a lab in China. This is a truth they, along with legacy media and social media outlets, helped cover up for over a year. Our country was dealt a significant blow by the virus and the Democrats in charge have no plan to hold China accountable.

Worse, they have no plan to deal with any of the issues that are actually impacting Americans.

Instead, Nancy Pelosi and Chuck Schumer are focused on a partisan, out-of-touch agenda that pleases only their corporate cocktail allies and radical activists.

As we return from a three-week recess, we remain relentlessly focused on these issues and the impacts faced by Americans every day. It’s easy to be tempted into distraction by what others think is important. Instead, our North Star must be a simple question: how will we make life better for every American?

Our country is in crisis, and Republicans stand against the impending malaise and stand for a greatness that we reached just a few years ago.

I look forward to seeing everyone soon and joining together in the fight for our future.

This is a sober, practical message from a leader who wants to help Americans fully recover from the coronavirus pandemic – both physically and economically. This is a leader who is seriously concerned about America’s standing in the world, and how that affects everyday Americans.

Leader McCarthy’s rational, thoughtful approach to helping Americans is the complete opposite of what we are seeing from Speaker Pelosi, Majority Leader Schumer, President Biden and Vice President Harris.

As prices continue to rise, the White House continues to embarrass our country, and Democrat House members continue to focus on fringe initiatives that simply don’t matter to most Americans, I expect we will see a massive repudiation of radical nonsense, and growing support for leaders such as McCarthy who are working to make Americans’ lives better.