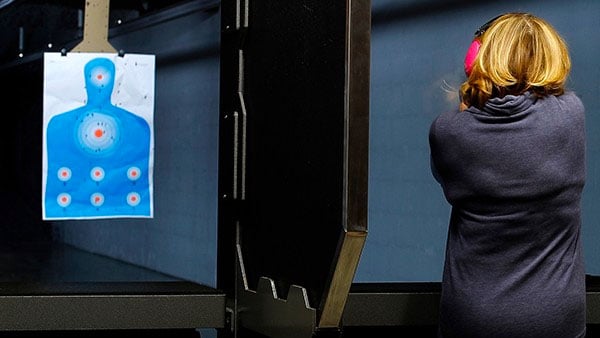 I want to pass this message on to people everywhere — especially women and victims of domestic violence. Because if we truly want to help, we should be empowering them, not hindering their God-given right to self-defense.

I remember what it felt like the first time I had my sense of newly built security ripped from me. I had just turned 19. I was so young. I was just a kid. Like most young people, I never thought that it could happen to me.

At the time I was in the military, living off base in Missouri with a female roommate. After about a week of noticing things were “off” in the house (the back door would be unlocked, then open physically, etc.) I brought it up at work.

Some of my co-workers said I was working too much. They even suggested I go speak to someone in mental health… but I kept listening to my gut instincts as I have done my entire life. That ultimately is what ended up keeping me safe.

Shortly after informing my work about what was happening in our house. The break-in happened. The local police got involved, the base got involved… everyone knew. As a result, my commander ordered us back on base because that was all he could do to keep us safe.

My roommate and I had been targeted and as a result, the only way to avoid us being put directly in danger was to be ordered onto a military installation with 24/7 security.

Soon after, I received orders to move down to Florida. I had gotten married and thought after moving I’d feel safer.

I was wrong. In fact, things got worse. Even at home, I didn’t feel safe. I had no way of defending myself. When it got dark outside, I’d go around making sure every door and window was locked. I couldn’t even sleep through the night. I had regressed to an almost child-like state of being afraid of the dark. I felt weak, afraid, even violated.