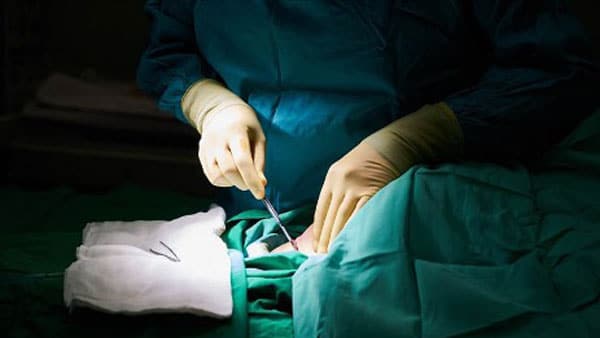 For nearly two decades, allegations of organ harvesting in communist China have emerged.  Today, China’s organ transplant trade is estimated to be a $1 billion industry, reportedly fueled by the exploitation of “prisoners of conscience.”

After conducting an investigation, a seven-member international and independent China Tribunal issued a judgement in December 2018.  The judgment concluded, “The Tribunal’s members are certain – unanimously, and sure beyond reasonable doubt – that in China forced organ harvesting from prisoners of conscience has been practiced for a substantial period of time involving a very substantial number of victims.”

China’s organ transplant industry began to increase dramatically in 2000.  Hundreds of hospitals offered transplants, thousands of transplant surgeons were trained, transplant research was conducted by the military, and the immunosuppressant industry was subsidized by the state.

While transplant patients in most western countries wait months or even years for an organ transplant, the wait times for a procedure in China have been as short as weeks, days, or even hours.

Initially, Chinese officials claimed that voluntary donors enabled the surge to tens of thousands of annual procedures.  When that explanation didn’t suffice, officials claimed that death row prisoners were the source of organs.  Later, in 2015, China again reversed course, allegedly halting the use of prisoners for organ sourcing and thereafter touting its “largest voluntary organ donation system in Asia.”

Regardless of communist China’s varied official explanations, reports indicate that the numbers simply don’t add up.  An investigation published in the BMC Medical Ethics journal uncovered the “systematic falsification and manipulation of official organ transplant datasets.”  Officially, in 2018, China had only 6,000 official organ donors who allegedly provided more than 18,000 organs.

However, researchers found that these figures were “easily surpassed” when looking at a few of China’s hospitals.  The authors of the “Bloody Harvest/the Slaughter: An Update” confirmed that more than 700 hospitals in China perform liver and kidney transplants, while Tianjin First Center alone conducts more than 6,000 transplants per year.  The experts further estimated that 60,000-100,000 organ transplant procedures are performed annually in China’s hospitals.

Moreover, according to a 2020 Victims of Communism Memorial Foundation report by Matthew Robertson, since 2000, death row executions have declined in communist China, while “on demand” transplants have increased.

Robertson writes, “The only remaining plausible explanation for a substantial portion of the organ sourcing since 2000 is prisoners of conscience.”

Both Robertson and the China Tribunal reached similar conclusions regarding the targeting of prisoners of conscience for their organs.  The Tribunal’s judgment confirmed that Falun Gong practitioners are one of the main sources of organs.  Additionally, based on the scale of recent persecution and medical testing in Xinjiang, there is evidence to suggest that Uyghurs are subject to organ harvesting.

In Xinjiang, an estimated 1.8 million – 3 million Uyghurs and other predominantly Muslim ethnic minorities have been forcibly imprisoned in so-called re-education camps.  Numerous testimonies and evidence of the horrors inside the camps have emerged from survivors, leading to a declaration of genocide by the United States in January 2021.

Survivors of the camps reported being subjected to involuntary physical examinations such as blood tests, X-rays, ultrasounds, and DNA tests.  According to a statement by the Tribunal, “Experts report that the only reasonable explanation for these examinations was to ensure that victims’ organs were healthy and fit for transplantation.”  Further reports have emerged that deceased bodies that have been returned to families from the camps had visible stitches on areas with organs, such as the kidneys.

Another survivor, Sayragul Sauytbay, was incarcerated as a teacher, fled Xinjiang, and honored as an International Woman of Courage by former U.S. Secretary of State Mike Pompeo.  She describes in her book, The Chief Witness: Escape from China’s Modern-Day Concentration Camps, that young, healthy inmates with medical files marked with a red X were unexplainably taken away by guards.  She writes, “It was simply a fact that the Party took organs from prisoners.”

The numerous reports and testimonies from researchers, survivors, and activists are extremely troubling.  Action must be taken.  In March, the United States Congress reintroduced bicameral and bipartisan legislation to combat this horrific evil.  The Stop Forced Organ Harvesting Act will mandate annual reporting of forced organ harvesting, authorize the U.S. government to deny or revoke passports from those who illicitly purchase organs, and sanction those who engage in forced organ harvesting.

We encourage you to contact your member of Congress and demand that the Stop Forced Organ Harvesting Act become law.  Innocent lives can be saved.