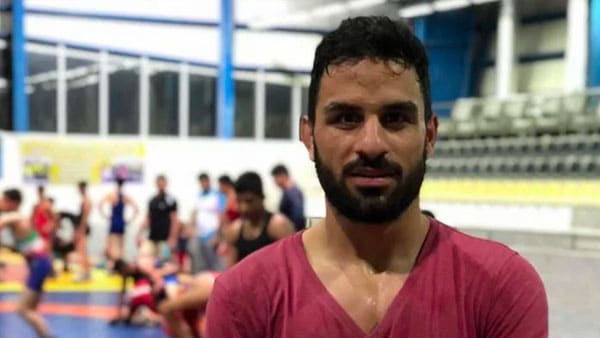 Berry is not fooling anyone: Her real priorities are now clear. There’s a reason why she’s making headlines for her so-called activism, not her athleticism.

When Gwen Berry showed up to the US Olympic track and field team trials on Saturday, it appeared she was there to compete. But appearances can be deceiving.

“My purpose and my mission is bigger than sports,” said Berry, a hammer thrower. “I’m here to represent those … who died due to systemic racism. That’s the important part. That’s why I’m going. That’s why I’m here today.”

Which is why, during the medal ceremony, Berry turned her back on the American flag as the national anthem played. She turned away, placed her hand on her hip, and draped a shirt that read “Activist Athlete” over her head while standing on the podium after finishing third.

“The anthem doesn’t speak for me,” Berry said afterward. “It never has.”

On Monday, Berry responded to allegations that she hates the country she represents.

“I never said that I hated the country,” she said. “All I said was I respect my people enough to not stand for or acknowledge something that disrespects them. I love my people. Point blank, period.”

Berry added that she wants to go to the Olympics, but she’s not fooling anyone: Her real priorities are now clear. There’s a reason why she’s making headlines for her so-called activism, not her athleticism.

Indeed, it’s no coincidence that Berry is sponsored by Color of Change, which advocates defunding the police. The left-wing group is funding her through the end of the year and applauded Berry’s “leadership” this week after her protest.

Color of Change isn’t the only one defending Berry. On Monday, when asked whether President Biden believes Berry’s actions were appropriate, White House press secretary Jen Psaki had a telling response.

“I know [Biden] is incredibly proud to be an American and has great respect for the anthem and all that it represents,” Psaki said. “He would also say that part of that pride in our country means recognizing there are moments where we, as a country, haven’t lived up to our highest ideals, and means respecting the right of people granted in the Constitution to peacefully protest.”

In other words, Berry was right to call out America’s “systemic racism.”

As expected, Berry’s actions have highlighted the cultural battle lines, with progressives supporting her and conservatives asking why someone who is ashamed of America should compete for America at the Olympics.

And amid the bickering, Berry will go on living her life and speaking her mind — all while competing in the sport she loves. If only Navid Afkari had been so lucky.

Afkari was another professional athlete — an Iranian wrestler — who was executed by Iran’s murderous regime in September. His crime was participating in anti-government protests in 2018. That’s it.

Sure, the regime made up bogus murder charges for which no evidence exists and tortured Afkari into a false confession (which he later recanted), but the wrestler was really imprisoned and killed for speaking out against the Iranian regime as an athlete of prominence.

Afkari wasn’t in America, so he couldn’t enjoy the same freedoms as Berry — including the freedom to protest and speak his mind, even against the government. This is the difference between activism and slacktivism — one faces real consequences; the other could probably score a book deal now.

If Berry is serious about her convictions, she might also want to read up on another Iranian athlete, judoka Saeid Mollaei.

At the 2019 World Judo Championships in Tokyo, Iranian officials ordered Mollaei to throw a match to avoid facing an Israeli competitor. Iran forbids its athletes from competing against Israelis.

But Mollaei refused and won the match, leading him to receive intimidating calls from senior Iranian officials. Mollaei then fled Iran, going into hiding and seeking asylum in Germany.

“For once, I decided to live as a free man for myself and prove to the world that I am a brave man,” he said in 2019. “I did this for my human soul. For myself. I wanted to practice and compete with freedom, with peace of mind.”

Since then, Mollaei has traveled to Israel to compete in Judo competitions.

If America really is so racist and oppressive, perhaps Berry should consider following Mollaei’s example. Unless of course things really aren’t that bad here.

There are athletes around the world who are genuine activists and have real reasons to turn away from their national flags. And then there’s Berry, who still has the opportunity to pursue her athletic dreams — or to use her newfound fame to become just another professional, ultra-wealthy anti-American “activist” such as Colin Kaepernick, who enjoys the unique freedom our country guarantees.