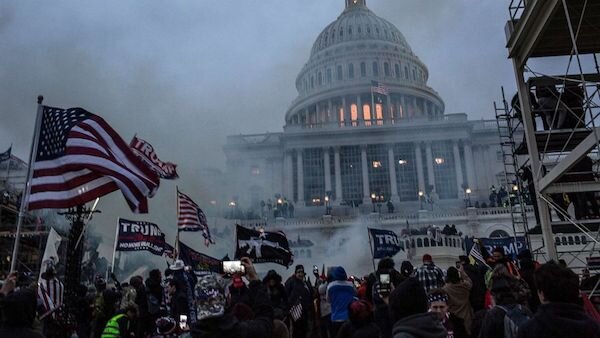 Are America’s own citizens becoming the new face of terrorism? The aftermath of Jan. 6 clouds the future of free speech and privacy.

The consequences and effects of the Jan. 6 riots at the US Capitol are still being felt today. The actions the government is taking towards these offenders though, as well as the media’s narrative of the event, is startling to say the least.

American Greatness journalist Julie Kelly is one reporter looking deeper into the fallout of the riots, specifically the status of the detainees. The comparisons of the Capitol riots to 9/11 have only further alienated the FBI and Justice Department from the eyes of the American public. The idea of this new so-called threat to the country will ultimately keep the money flowing to the bureaucracy and allow for more surveillance and monitoring of daily life. This, coupled with the hours of unreleased footage from Jan. 6, means that the whole picture is far from being seen.

Ultimately, journalists such as Kelly, and the American people, must look into these events for themselves and decide what they will believe, rather than blindly follow the narratives that are being set. While there is no denying the disturbing actions taken by many on Jan. 6, they should not cost Americans their freedoms or put targets on the backs of those with differing opinions.

Read more about this story on Tablet Magazine.