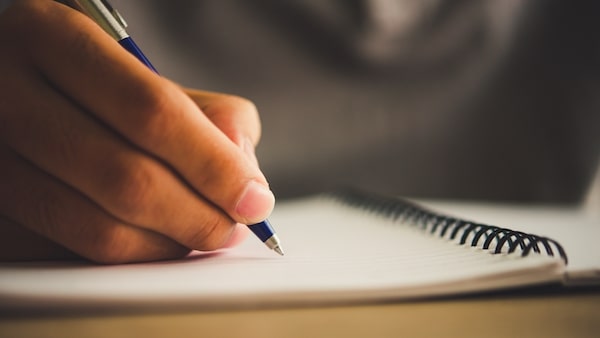 The late Kurt Vonnegut had a simple yet profound approach to writing. “When I write,” he said, “I simply become what I seemingly must become.”
Stephen Hunter, another great American writer, has a similar approach to his craft today. His process isn’t so much about writing prose or creating plot or conducting research. What really matters, he says, is that the book becomes your life, always either on your mind or in your subconscious.
As Hunter explained to me this week on my podcast, “Newt’s World,” writing has become a part of his normal life, like brushing his teeth.
“You wouldn’t think of going out in the morning without brushing your teeth,” he said. “Well, I wouldn’t think of going to bed without writing. It’s habit, not will.”
The result of this lifestyle and deep concentration has been 20 extraordinary novels, including Black Light, Time to Hunt, Point of Impact, and the New York Times bestsellers Havana, Hot Springs, and Pale Horse Coming. Along the way, Hunter created the memorable characters Bob Lee Swagger and Earl Swagger.
If that’s not enough, Hunter is also the retired chief film critic for the Washington Post, where he won the 2003 Pulitzer Prize for Distinguished Criticism.
But Hunter’s success did not come overnight —far from it. He had initially written two novels that he was unable to publish; it took years of working before he realized success. And then, in 1980, while working at the Baltimore Sun, Hunter was able to take all of the knowledge and determination he had accumulated from failure to publish his first novel, Master Sniper.
From there, Hunter became the finest writer in the world on the process, practice, and psychology of sniping, writing authoritatively on the subject. Much of this apparent expertise comes from a long-held passion for and familiarity with firearms, dating back to his childhood.
Far beyond just sniping, though, Hunter has an ability to surprise readers, taking them down one road before suddenly pivoting to another. This is one reason why I have read every single one of his novels and always look forward to the next one.
One reason why Hunter’s books are so engaging is he tries to show that even alpha heroes have lives, families, and are connected to society in a deeper way than a superficial superhero. They are real people with troubles just like anyone else.
For example, one idea underlying Hunter’s most famous character, Bob Swagger, is the return of the exiled warrior. This is a story deeply embedded in our culture. Consider David, a shepherd who went on to kill Goliath before then becoming a threat to the establishment. So, he was forced to flee for his life, spending years as a mercenary of sorts. However, he later returned to Israel and saved it, becoming arguably Israel’s greatest king.
This is the basic story that Hunter tells, except instead of a sling, there’s a rifle.
It was fascinating to hear Hunter describe his work and life story. His latest book, Basil’s War: A WWII Spy Thriller, is available now. And he has another book, Targeted, coming out in January 2022.
While we did not discuss politics, Hunter made one point about his message in Targeted that Americans should note —especially those pushing to curb gun rights and defund the police.
“You need a guy with a gun,” Hunter said. “You may not like him. You may not like guns. But if you get rid of the good guy with the gun, you are a fool.”
Another simple yet profound message from the fascinating mind of a great writer.