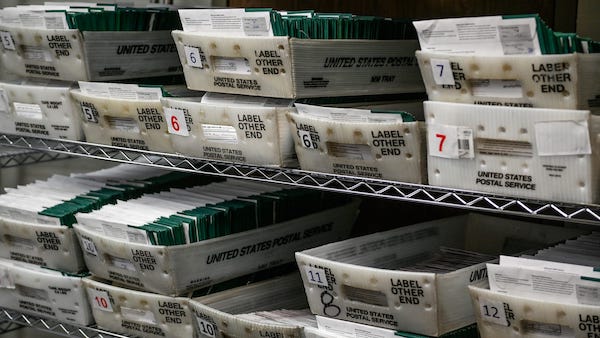 When the math doesn’t add up: Arizona State Sen. Karen Fann on ballot discrepancies in the Maricopa County audit.

Arizona State Sen. Karen Fann announced last week that the number of ballots from the 2020 election are not consistent with the totals found by Maricopa County.

In an interview with KTAR News, Fann said “They haven’t released a number yet, if you will, however we do know that those numbers do not match with Maricopa County at this point”.

The results of the audit, after being delayed numerous times, are expected to be released at the end of this month or the next. As one of the largest audits in American history, precaution is a must. This is why “we [lawmakers] are doing a lot of things, triple-checking, just to make sure that this is all correct”, according to Fann.

To read more about the ongoing audit in Maricopa County check out The Daily Wire.