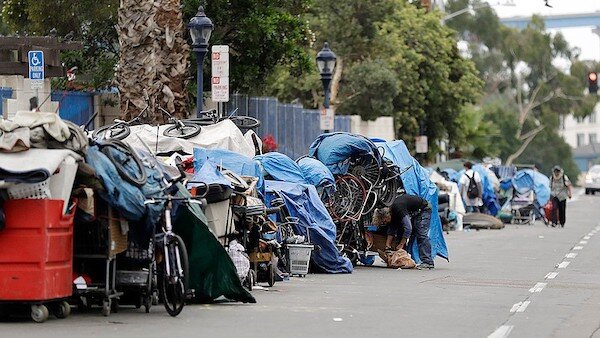 Newsom’s open invite to the homeless can only mean one thing: danger for safe communities and financial penalties for hard workers.

In a last-ditch effort to combat cries for his recall, California Gov. Gavin Newsom pledged $12 billion to feed and house the homeless.

California has one of the largest homeless populations in the country. His harmful policies have led millions of Californians to flee to other states to escape rising gas and some of the highest tax rates in the country.

On Monday, Gov. Newsom said he would use an $80 billion budget surplus to help assist individuals who are currently homeless. Newsom’s open invite to the homeless ignores the potential impact on California, including worsening crime rates and poor public sanitation.

Los Angeles County Sheriff Alex Villanueva told the Washington Examiner that crime and violence on the streets are due to the growing homeless population. The struggle to keep the streets safe is met by a $145 million budget cut tied to the defund the police movement. The effects of such budget cuts are shown by the 58 percent increase in homicide rates from last year. Villanueva claims that the Los Angeles District Attorney has failed to file 5,900 criminal cases that have taken place this year.

Newsom’s open invite to the homeless can only mean one thing: danger for safe communities and financial penalties for hard workers.