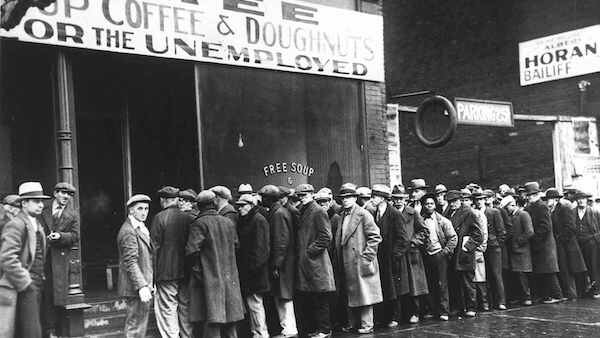 The Biden administration is putting the economy on course to overheat before year’s end.

Fast-forward about four decades, and stagflation has already begun to take hold across the country under President Joe Biden. The inflation rate is rapidly inching upward, and the overall economic output is stagnant at best.

The economic data confirms that stagflation is coming. According to the consumer price index, consumer prices increased 5.4 percent in June from a year earlier — the largest jump since 2008, just before the worst of the financial crisis.

On July 13 of last year, the average price for a regular gallon of gasoline was $2.28. Today, the average price is about $3.23 — roughly one dollar more at the pump per gallon, with prices expected to increase as the summer continues.

The Biden administration is putting the economy on course to overheat before year’s end. Thanks largely to its American Rescue Plan, the administration will give the economy a budget stimulus of about 13 percent of overall GDP. The Federal Reserve, for its part, is continuing to purchase $120 billion a month in Treasury bonds and mortgage-backed securities, while the interest rates remain low.

As of April, Americans saved an estimated $2.6 trillion in excess savings during the coronavirus pandemic, but that figure has been steadily decreasing. High inflation rates for goods and supplies will only increase as the delta variant of the virus spreads throughout the world. This will further disrupt the global supply chain, causing prices to soar while economic growth continues to decline.

To worsen matters, supply disruptions in numerous industries, combined with the delta variant, could produce a similar effect as last year in the heart of the pandemic. Indeed, there is a possibility that some states controlled by Democrats may once again impose restrictions if not full-on lockdowns. This would have a devastating effect on the economy and increase the unemployment rate, which is currently around 6 percent, while state governments dole out more borrowed money.

Predictably, the governors of these states would run to their fellow Democrats in Washington to pass more federal relief “stimulus” packages.

Now, it’s true that the stock market is doing well. Over the past week, the Dow Jones Industrial Average has hovered around a new milestone of 35,000. Yet, these stock market highs are totally unrelated to the reality of the economic circumstances of everyday Americans.

The Federal Reserve, which loosened its monetary policies during the pandemic, must end its ultra-easy monetary stance in order to stave off a prolonged inflationary spree. The economy cannot afford another stimulus package or massive infrastructure deal without substantial tax increases. And if the Biden administration raises taxes, it would be reversing the 2017 Trump tax cuts, which unleashed massive economic growth.

President Biden has plans for major new spending during his first two years in office. Ironically, the high likelihood of stagflation is a direct threat to his left-wing progressive agenda. Almost every product on the retail market has gone up significantly over the past six months.

For example, the price of clothing, toys, and apparel have gone up on average 10 percent. The White House has quietly admitted that high inflation rates last for years. Therefore, it is just a matter of time until the Federal Reserve is in crisis mode once again. The housing and stock markets will be sure to correct themselves soon or worse: a full collapse like we saw in 2008, in this case due to the consequences of stagflation.

The Latest from the Gingrich 360 Team