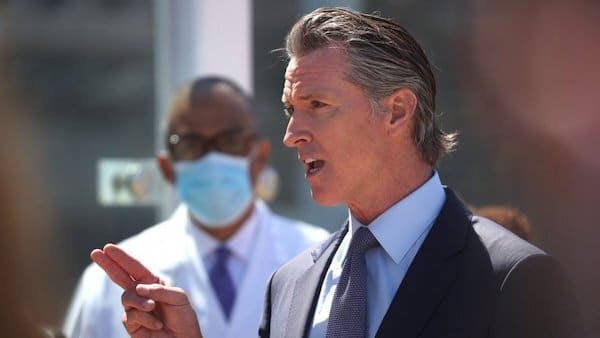 Gov. Newsom’s comparing an experimental vaccine to driving drunk is insulting and inappropriate.

This week, California Gov. Gavin Newsom spoke on COVID-19 after announcing a new mandate that requires state and health care workers to show proof of vaccination. Throughout the pandemic, the California governor has grossly mishandled the shutdown and economic situation of the state. His inconsistencies and restrictive bouts have ruined the state’s businesses and kept students out of the classroom for over a year.

With only a month until the California recall election, Gov. Newsom has spoken on issues ranging from shoplifting prevention task forces and pledged billions of dollars to aid the homeless. As Newsom’s team increases their efforts, we are left to wonder if his last-minute efforts will be enough come Sept. 14.

On July 26, Gov. Newsom appeared on CNN. Victor Blackwell asked, “Is it time, governor, to bring back a universal mask mandate, regardless of vaccination status there in California?”

Gov. Newsom replied that the focus should be on vaccinating people who have not yet received the shot. He said “If we can just get everybody vaccinated that’s not vaccinated, that’s refusing to get vaccinated, that’s living vaccine free and impacting the rest of us – it’s like drunk drivers. You don’t have the right to go out and drink and drive and put everybody else at risk, including your own life at risk.”

Newsom’s comparing an experimental vaccine to driving drunk is insulting and inappropriate. His illegitimate analogies show his lack of understanding of COVID-19 and his lack of care towards individuals who are medically or religiously prevented from receiving the vaccine.

You can read more about Gov. Newsom’s embarrassing CNN appearance on The Federalist.