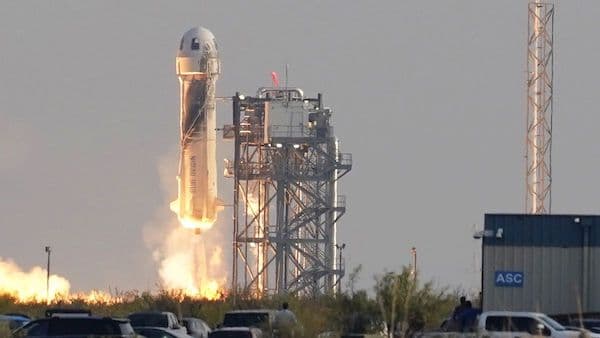 Last week, we asked readers: "With Whom Would You Rather Take a Trip to Space?" A total of 834 respondents voiced their opinion to this question.

In a tightly contested race, most voters chose Elon Musk and his SpaceX program as their preferred method of space travel with 41.97 percent (350 readers) of the vote.

Finally, 36.33 percent (303 readers) stated they would choose another individual or company beyond the three listed in the poll.

The idea of commercial space travel has quickly risen to popularity over the past year. Elon Musk, Sir Richard Branson, and Jeff Bezos are just the first of many around the world seeking to make this tourism area possible.

Many see this as an opportunity to boost the economy following the lows of the COVID-19 pandemic as well. These first flights, a well as the founding of Space Force by President Trump in 2019, make the future of space exploration brighter indeed.

With Whom Would You Rather Take a Trip to Space?