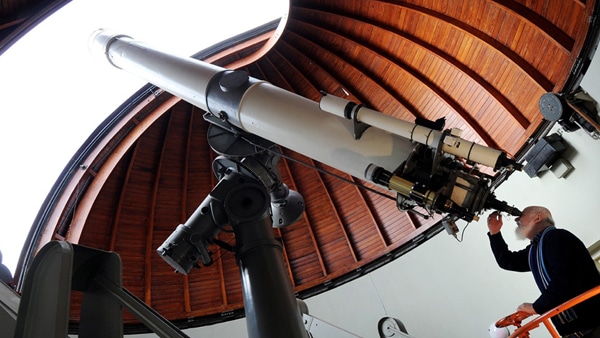 For centuries, Catholics have been leaders of scientific discovery.  For example, Georges Lemaître is referred to as the “Father of the Big Bang Theory” and was a 20th century Belgian priest.  The pioneer of the study of genetics was Gregor Mendel, a Catholic monk.  And, as the first to closely observe Mars’ surface and Jupiter’s clouds, Father Angelo Secchi, a Jesuit, is known as the “Father of Modern Astrophysics.”

Specifically, as one of the world’s oldest active astronomical observatories, the Vatican Observatory has enhanced scientific curiosity and promoted education about the inner workings of our universe for the past 400 years.

The origins of the Vatican Observatory can be traced back to 1582, with the reform of the Gregorian calendar.  This calendar replaced the Julian calendar and used observation of the stars to determine the dates of religious holidays.

Over the years, the study of the universe continued to be an important field of research for the Holy See. In 1891, Pope Leo XIII formally established the modern Vatican Observatory.  In doing so, he aimed to make clear that faith and science did not need to conflict.  Pope Leo said the purpose of the Observatory was “so that everyone might see clearly that the Church and her Pastors are not opposed to true and solid science, whether human or divine, but that they embrace it, encourage it, and promote it with the fullest possible devotion.”

As the efforts of the Vatican Observatory have grown, the Church’s contributions to astronomy, physics, planetary sciences, and technology have been profound.  For example, beginning in 1891, the Vatican partnered with 17 other nations as part of a project lasting six decades to create the first photographic atlas of the stars, the Carte du Ciel.  Additionally, from the 1930s through the 1970s, the Vatican Spectrochemical Lab published the first laboratory spectra of compounds that were found in stars.

Today, the Vatican’s commitment to scientific discovery continues.  Just outside of Rome, at the papal summer residence in Castel Gandolfo, one dozen priests and brothers study the universe at the Observatory headquarters and collaborate with leading scientists from around the world.

In Arizona, home to some of the world’s best stargazing, the Vatican Observatory Research Group operates the Vatican Advanced Technology Telescope, an astronomical research complex that has contributed to revolutionary breakthroughs in modern telescope design.  And, through the Vatican Observatory Foundation, Vatican scientists enhance the global discussion on the connectivity of faith and science by annually sharing their expertise with more than 5,000 people from various religious, academic, and educational groups.

The Vatican Observatory’s work has shown that scientific curiosity and discovery help to unlock a deeper understanding of the infinite mysteries of God’s creation.  As Director of the Vatican Observatory, Brother Guy Consolmagno, said, “Astronomy is the place where I interact with the Creator of the universe, where God sets up the puzzles and we have a lot of fun solving them together.”

The contributions to science promulgated by the Vatican Observatory have been significant.  The Vatican’s commitment to scientific truth emphasizes that both knowledge and faith can work together to bring about new revelations that might not otherwise be possible.