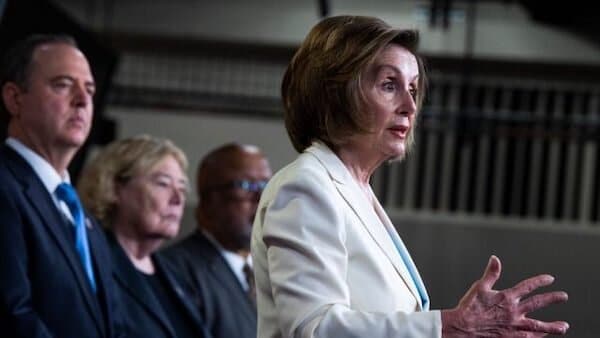 The so-called solutions put in place by Pelosi’s Democratic lawmakers and state leaders such as Gov. Gavin Newsom are hurting Americans.

On July 31, the Federal Eviction Moratorium put in place by the Centers for Disease Control and Prevention in September 2020 concluded. Democratic lawmakers begged President Joe Biden to challenge the U.S. Supreme Court ruling on the moratorium made last month. But Biden’s team announced just two days before the termination that they would not be extending the moratorium.

Democratic lawmakers such as Sen. Elizabeth Warren and Rep. Maxine Waters angrily responded to these actions and even attempted to draft last-minute legislation.

On July 31, 40 housing and homeless advocates protested outside of Pelosi’s San Francisco home. The protestors affixed an eviction notice to her door, a sign of anger and resentment towards liberal lawmakers who throw money at problems without identifying practical solutions. As the homelessness crisis grows in California, protestors have called Pelosi “out of touch” with the challenges faced by Americans today.

The so-called solutions put in place by Pelosi’s Democratic lawmakers and state leaders such as Gov. Gavin Newsom are hurting Americans. Fast cash and eviction moratoriums do not resolve long-term problems.