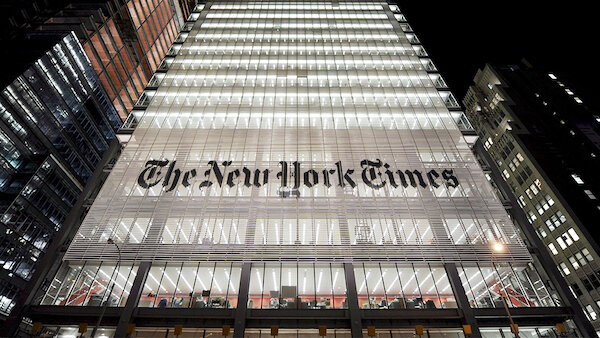 How anti-Trump management and corporate business interests suppressed investigation into the origins of COVID-19.

Two New York Times employees confirmed that a top editor quashed any investigative journalism relating to the origin of the COVID-19 outbreak.

According to one of the sources, it was supposedly “dangerous” to run anything about the lab-leak theory, and anyone who proposed that the Times run such a story was met with resistance.

The other source believes that former President Donald Trump’s support of the lab-leak theory contributed to the editor’s aversion to investigating it.

Before the pandemic began in 2020, the New York Times’ business model thrived on revenue from China. The paper received millions of dollars from the state controlled Chinese outlet China Daily, publishing advertorials that towed the Chinese government line.

In 2019, it was discovered that China Daily had failed to report millions of dollars’ worth of funding to U.S. news sources such as the Times and the Washington Post. In August 2020, the New York Times had to remove the Chinese funded advertorials from its site.

The question that remains is whether the Times suppressed investigative reporting because of the possibility that former President Trump was right, or because it did not want to cross a foreign government that had been funding its business ventures.

To read more about how the New York Times portrayed what is now a legitimate theory as a stigmatized debate, check out The Spectator World.