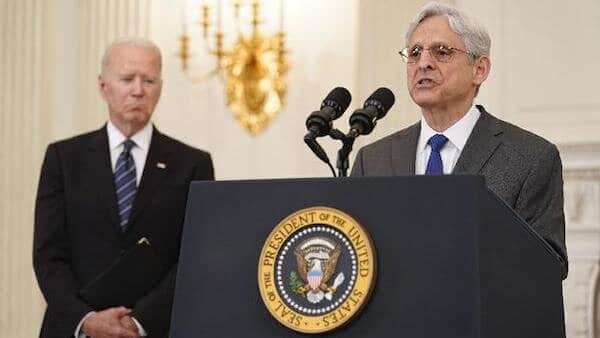 The Department of Justice (DOJ) has shown its true colors. Recent developments demonstrate that the DOJ consistently fails to put its best foot forward when pursuing less than politically convenient leads. But when trying to ensnare some of the White House’s critical targets, the DOJ drastically overcompensates through its various law enforcement entities — primarily the FBI.

Two weeks ago, the DOJ announced suddenly it was dropping charges of visa fraud against five visiting Chinese researchers. Federal prosecutors had accused them of hiding their affiliations with the Chinese military.

One of the researchers, Xin Wang, entered the U.S. in March 2019 on a J1 non-immigrant visa, supposedly to conduct research at the University of California, San Francisco (UCSF). However, federal investigators later uncovered that Wang was a “Level 9” technician — roughly equivalent to the rank of major — in the Chinese military.

According to the DOJ, Wang told federal officials that he had been instructed by his supervisor, the director of his military university lab in China, “to observe the layout of the UCSF lab and bring back information on how to replicate it in China.”

At least two of the other researchers responded “no” on their visa application when asked whether they ever served in the military. Another one of the accused, Chen Song, failed to disclose her continued employment with the Chinese military, according to an affidavit.

Evidently, these individuals raised more than enough red flags to warrant attention from U.S. law enforcement, which is why the Trump administration charged them. However, under the Biden administration, the FBI abruptly changed course, putting politics above justice.

As the Wall Street Journal reported, in a draft memo dated April 2021, FBI analysts “said the evidence in the cases showed no clear link between potential obfuscation on a visa application and the illicit transfer of U.S. technology to China.” In other words, the bureau didn’t think researchers failing to disclose their ties to the Chinese military to work in cutting edge American labs posed a risk of transferring technology to China.

Even more alarming, the memo said that China’s People’s Liberation Army is not a “direct analog” to the U.S. military and that people like the five Chinese researchers represent more of a “civilian cadre” and do not see themselves as soldiers.

The FBI, it seems, would have us believe that cultural differences are why the researchers failed to disclose both their previous and current military service on a visa form which, as the FBI admitted, “potentially lacks clarity.”

Of course, these researchers are highly intelligent people studying advanced sciences while, most likely, under pressure from and under direct control of the Chinese Communist Party. But according to the DOJ, they were just scientists with poor social awareness.

The DOJ’s recent decision may be part of the Biden administration’s larger diplomatic push with China. Indeed, Deputy Secretary of State Wendy Sherman was set to meet with Chinese officials in China several days after the DOJ’s dismissals.

This vignette is just one of many political theatrics which demonstrate how far the DOJ has fallen. The department, for example, has utterly disregarded anarchist attacks against tankers throughout the Pacific northwest. Instead, the FBI continues to track down relentlessly those connected to the Jan. 6 riots at the U.S. Capitol.

Meanwhile, last week, Atty. Gen. Merrick Garland threatened to sue Texas over Gov. Greg Abbott’s recent executive order, which gives local law enforcement the authorization to inspect any vehicle under “reasonable suspicion” of transporting people into the country illegally. This is a sensible response to the crisis along the U.S. southern border, where more than 188,000 migrants were encountered in June alone. But it conflicts with the Biden administration’s political agenda, so the DOJ is on the case.

The DOJ has also bullied its way into post-election audits, releasing two guiding documents meant to ensure states “fully comply with federal laws regarding elections.” As Politico reports, an anonymous DOJ official said, “This document puts down a marker that says the Justice Department is concerned about this.”

To be sure, the pendulum swings both ways. The FBI under the Trump administration was all too quick to track down those accused of vandalizing federal property, primarily statues and monuments, during the riots last summer following George Floyd’s death.

In short, the DOJ has taken a turn for the worst as its once lofty mission of safeguarding American liberties and applying the law equally has fallen by the wayside. The department and its various law enforcement arms put a higher value on petty politics than equal justice for all.