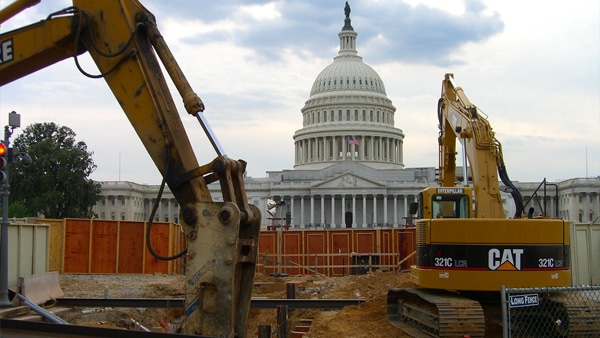 The Democratic Party’s unity in passing a $3.5 trillion bill in the middle of growing inflation is virtually suicidal. If the economy keeps slowing, and the inflation keeps rising, the 2022 election will be a drowning time for failed Democrats.

The $3.5 trillion spending bill set up to follow the $1.1 trillion infrastructure bill (which has little to do with infrastructure) should be called what it really is: The  Higher Inflation and Bigger Debt Act.

However, this additional $3.5 trillion comes after trillions of emergency spending prompted by the COVID-19 pandemic. Consider what the Congressional Budget Office has written about the fiscal situation before the $1.1 trillion and $3.5 trillion bills are passed:

“By the end of 2021, federal debt held by the public is projected to equal 102 percent of GDP. Debt would reach 107 percent of GDP (surpassing its historical high) in 2031 and would almost double to 202 percent of GDP by 2051. Debt that is high and rising as a percentage of GDP boosts federal and private borrowing costs, slows the growth of economic output, and increases interest payments abroad. A growing debt burden could increase the risk of a fiscal crisis and higher inflation as well as undermine confidence in the U.S. dollar, making it more costly to finance public and private activity in international markets.”

Former Democratic Secretary of the Treasury Larry Summers has been warning as loudly as he can that piling up more spending in an already overly liquid economy will lead to potentially massive inflation.

Those Democrats old enough to remember the Jimmy Carter Presidency must be worried about the damage high prices did to Carter’s re-election.

The $3.5 trillion reconciliation bill is $27,000 for every American. There is no way an already bloated, inefficient, and theft-ridden bureaucracy can spend it intelligently. The Democrats simply can’t stop themselves.

When cyber thieves and fraudsters steal half of all the unemployment compensation doled out during the pandemic, the Democrats’ answer is to spend more money.

When $32 billion is stolen specifically from California’s unemployment payments (probably by criminals in California prisons who learned how to steal by computer while sitting in jail) the Democrats’ answer is to spend more money.

The Democratic Party’s unity in passing a $3.5 trillion bill in the middle of growing inflation is virtually suicidal.

However, the real cost may be much higher than $3.5 trillion. The Committee for a Responsible Federal Budget (CRFB) estimated the bill could cost as much as $5.5 trillion over the next decade. This would be 60 percent more pressure toward inflation. This is the kind of risk the Democrats are running.

If the economy keeps slowing, and the inflation keeps rising, the 2022 election will be a drowning time for failed Democrats.

The next time some member of the House or Senate tries to sell you on the positive aspects of the$3.5 trillion reconciliation bill, remember that the price tag for all the goodies may be raging inflation, a dramatically higher debt, and a much weaker economy.

Of course, if luck really runs out for the Democrats, they can follow the lead of President Carter and have “stagflation.” Stagflation is when you get a slowing economy tilting toward unemployment and recession while you still have rising inflation.

It is the worst of both worlds.

Anyone voting yes on $3.5 trillion in reconciliation should keep this very real threat in mind.