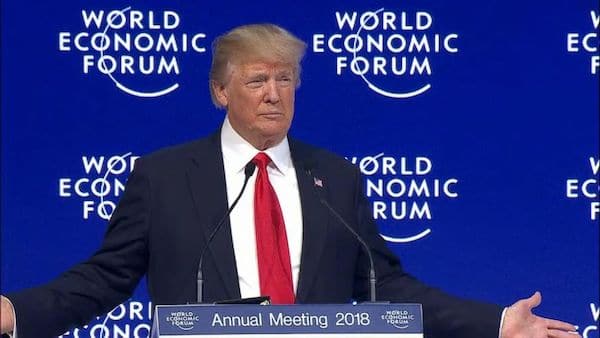 Former President Trump warned that rising energy prices would be a consequence of electing Biden. Trump was right.

The Biden administration has been in office for six months, but it has managed to roll our economy back more than 40 years.  The July economic report revealed that the inflation rate is 5.7 percent which is double the average of the past four decades.

Inflation is created by three factors: high demand, low supply, and inflationary expectations. High demand has been fueled by massive government spending for the last 20 years. The last balanced budget and government surplus occurred in the late 1990’s, when Newt Gingrich was the Speaker of the U.S. House of Representatives and Bill Clinton was president. Speaker Gingrich and President Clinton successfully reformed the welfare and entitlement system, in order to balance the budget.

Earlier this year, Secretary of the Treasury Janet Yellen and Federal Reserve Chairman Jerome Powell both said that inflation would be short-lived. However, Yellen and Powell have since walked back these statements. They how say inflation will continue to go up through this year and “normalize” sometime in 2022.

We are now in an inflationary cycle similar to the one which drained the U.S. economy in the late 1970s under President Jimmy Carter. Inflationary expectations were so high then, they led to stagflation, extremely high interest rates, and gas lines.

President Carter was met with stiff resistance and removed from office by Ronald Reagan in a landslide 1980 election. Biden’s party is likely to lose the House in the upcoming midterm elections, and quite possibly their split senate majority that hangs on Vice President Kamala Harris breaking ties.

This isn’t the only similarities between the Carter and Biden administrations.

Former President Trump warned that rising energy prices would be a consequence of electing Biden. Trump was right. Today, the average gallon of gasoline is currently about a dollar more than it was last year at this time. In June 2020, the crude oil prices were $41 and in June 2021 crude oil prices are up to $73. Meanwhile, natural gas prices are up 39 percent from 2020 to 2021.

Candidate Biden promised not to ban fracking in several midwestern states, during the third and final presidential debate against President Trump. Yet, on his first day in office, Biden signed an executive order killing the Keystone XL pipeline. The new president’s executive action was titled “promoting public health and the environment and restoring science to tackle the climate crisis.” This frivolous and irrational decision to cancel the pipeline’s permit has resulted in more than 11,000 jobs being lost. At the conclusion of Trump’s first term, the United States was energy independent. Biden has only increased the prices of energy and made us more dependent on hostile nations.

In conclusion, inflation is here to stay along with rising gas prices, and ongoing supply shortages. President Trump was right when he predicted the economic outcome of electing Biden. Biden has consistently been wrong.