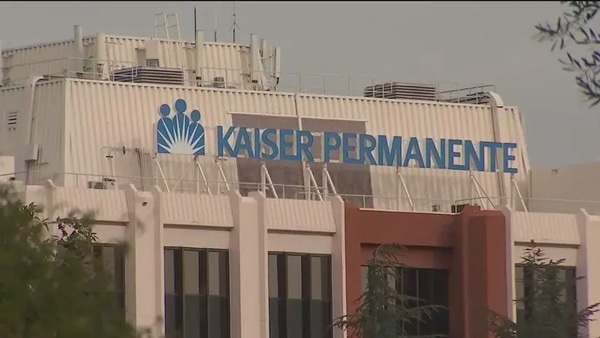 Is the fraud problem in Medicare driven by thousands of small-time scammers submitting fraudulent claims? Or is it large health systems and health plans engaging in diagnosis chasing?

A recent story by Los Angeles Times writer Michael Hitlizik explains how the Department of Justice has joined a whistleblower lawsuit against Kaiser Permanente, accusing the health care giant of systematically defrauding Medicare. This has major political implications. Democrats hate Medicare Advantage because it moves seniors from government-run insurance to privately run health insurance. This lawsuit and others like it could be the excuse the left needs to establish a government-run healthcare system for everyone. In that case, the biggest losers won’t be the C-Suite executives of these big healthcare plans.  It will be the typical American patient who will be stuck with worst care, waiting lists., and the lower quality of life.

Those of you that have been following our work in healthcare for a while now know that we often talk about the problem of fraud in Medicare and Medicaid. For instance, someone will use forge documents to establish a pop-up medical clinic that starts filing claims. They get a bunch of money then closed down before the government realizes something is odd. The reason why these scams work is that Medicare and Medicaid are such huge systems, that the government is overwhelmed with claims enforcement, mostly due to whistleblowers or random screening, sort of like how the TSA at the airport will single out every 20th person for closer inspection. The fraud problem is so bad that investigators have found that many of the fraudsters are former drug dealers. They got into Medicare fraud because it pays well and it’s lower risk. You’re less likely to get caught. You get less jail time and you’re not going to get shot. At Gingrich 360, We have for a long time pointed to the credit card industry as a model, they use sophisticated algorithms to detect fraud in real time. You’ve probably gotten an alert from your credit card company that asks if it really was you that made a $400 purchase at a liquor store at a city halfway across the country. Because of these systems, the rate of fraud and credit cards is 0.1%. Compare that to Medicare and Medicaid. The rate of fraud in these programs is 10%. That’s 100 times worse. What does this mean in actual dollars? Total Medicare and Medicaid spending is $1.4 trillion a year. So, 10% of that is 140 billion, $140 billion a year. For perspective, the infrastructure bill that we’re fighting over right now in Congress will cost about $50 billion a year to pay for infrastructure. That bill will make seniors pay more for drugs at the pharmacy counter and take those quote unquote safe savings to pay for roads and bridges. Meanwhile, we’re paying three times more than is needed for infrastructure to crooks every year.

We’ve always had advocated allowing these credit card companies to design a fraud detection system for Medicare and Medicaid, that would identify the fraud in real time. As we get more digital, we still think this is a good idea and worth doing. But a recent article, shows that the fraud problem is bigger than the former drug dealers now filing false claims. This week, we learned that the Department of Justice has joined a whistleblower lawsuit against Kaiser Permanente. You’ve probably heard of Kaiser. They might be the most well-known healthcare organization in the country. They’re the father of managed care. If you live in California, There’s a good chance that you’re on a Kaiser health plan and use their hospitals and clinics. Kaiser has a big presence on the east coast too. The lawsuit, accuses Kaiser of systematically defrauding Medicare through their Medicare Advantage Plans. Here’s how: traditional Medicare is fee for service. A provider files a claim with the government and gets paid per incident of service. This is why you get the type of fraud I was talking about earlier. It’s also not good from a health perspective though, because the financial incentives don’t reward doctors for preventing sickness, only treating sickness. Medicare Advantage is supposed to help fix this. The government pays the advantage health plans, a set amount per enrollee, and it’s up to the health plans to work with their doctors to keep costs under the amount they get. This set amount is called capitation. The capitation varies depending on how sick the enrollee is. So this is done to prevent the health plans from cherry picking the healthiest people to keep costs Low. So how fans get paid more money to enroll sicker people. This model makes sense, but it relies on an honest assessment of a patient’s health. And it’s becoming clear that this is not happening. In fact, some Medicare advantage plans are claiming that healthy people are sicker than they are to get more money. There’s a Los Angeles Times article by Michael Hiltzik and it explains disturbing behavior by these giant healthcare systems and companies. The article is titled the government lawsuit against Kaiser points to a massive fraud problem in Medicare. We’ll link to it on this webpage. It’s more disturbing than the other kinds of fraud. We mentioned precisely because it’s being done by guys in suits and stuff, scopes Instead of former drug dealers. He describes Kaiser Permanente is having “mandatory coding parties” during which doctors were gathered in a room with computers and instructed to look for possible revisions in their patient notes. The doctors were also given language by management on how to upcode patients they had already seen And judged to be okay. In other words, they were only now saying that these patients were sick to make more money. This is called diagnosis chasing. I should say that Kaiser denies these claims and fair enough. The courts will find out. But the article makes clear that these practices are far more common than we understand in Medicare advantage. The article also describes a cottage industry of firms claiming to help Medicare providers make quote unquote, accurate filings with the government. In fact, they’re showing them how to game government rules. This is a big problem that needs to be fixed.

At its most basic level, it Is a violation of the doctor, patient relationship. Maybe you’ve had the experience when you’re in for your annual checkup. You feel fine, but the doctor tells you, you have some condition that needs treatment before it gets worse. We need to trust our doctor in these cases. You don’t want to have to wonder if they’re telling you this because they’re getting pressure from their bosses to say that their patients are sicker than they actually are to get more money from the government. It also has political implications. Democrats hate Medicare Advantage because it moves seniors from government run insurance to privately run health insurance. This could be a situation where the short-term greed of these companies ends up laying the groundwork for their demise. Massive systemic fraud by big health insurance companies could be exactly the excuse the left needs to establish a government run healthcare system for everyone. In that case, the biggest losers won’t be the CEOs and leaders of these big healthcare plans. They’re well off. It will be the typical American patient who will be stuck with worst care, waiting lists., and the lower quality of life will continue to report on this. As we’ve learned.

I think this holds some very valuable lessons. So the Biden Administration has ultimately shown no leadership in terms of pressuring the international Olympic committee to move the Olympics out of Beijing in 2022. This again will give the Chinese Communist Party, an international platform of millions of people who will tune into the Olympic games to celebrate the Chinese Communist Party’s achievements. The Chinese Communist Party should not be celebrated after imprisoning more than a million Uyghur in Xinjiang, eradicating democracy and freedom in Hong Kong, threatening the sovereignty of Taiwan and persecuting other ethnic and religious minorities throughout China for decades, the Chinese Communist Party should not be given a voice internationally. We need to stop talking and start acting. The U S Congress has put forward some important bills, that could help deter the Chinese communist party threat. One of these is the Uyghur Forced Labor Prevention Act, which will help remove products and prevent products from entering the United States that have been made with slave labor in Xinjiang., The China task force in the house has also put forward a series of recommendations that should be taken up by the administration and also members of Congress. We know what we need to do, but it’s time to stop talking and start acting.