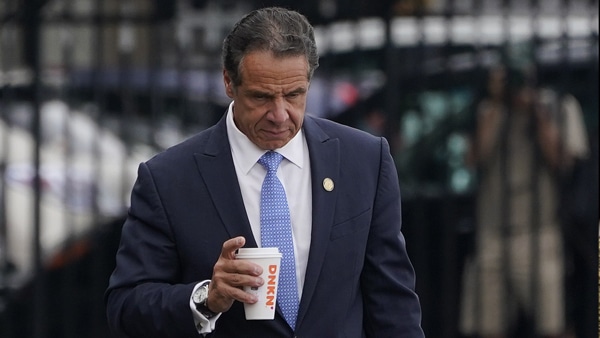 Janice Dean pulls no punches when it comes to calling out Gov. Andrew Cuomo for his horrendous behavior.

In a solemn but unrelenting op-ed targeting the newly resigned New York Gov. Andrew Cuomo, Janice Dean explains what his resignation means to her, his victims, and the ones who lost their lives due to his disgraceful handling of COVID-19 in nursing homes.

A year and a half ago, Dean lost her in-laws, Mickey and Dee, to coronavirus. She describes her in-laws as real New Yorkers. Mickey served as a firefighter for 23 years at a Brooklyn firehouse. She wrote that they “were not New Yorkers like the weak, spineless, coward of a governor who calls himself ‘New York Tough’ but has never taken any responsibility for his deadly COVID decisions.”

These deadly COVID-19 decisions included mandating that New York nursing homes accept patients who had been hospitalized with the virus and presumably recovered. Gov. Cuomo and his administration even went as far as underreporting and falsifying COVID-19 death data for nursing home patients out of fear that former President Donald Trump would use the data as a political weapon.

In the wake of the sexual harassment investigation, spearheaded by Atty. Gen. Letitia James, Gov. Cuomo ran out of options. As Dean says “It wasn’t because Cuomo wanted to help New York that he chose to step down.  It’s because he had nowhere else to hide.”

From here, Cuomo is facing an uphill battle. Even though the Department of Justice announced that it was dropping the investigation into the nursing home scandal, both the FBI and the U.S. Attorney’s Office have ongoing criminal investigations.

To read Dean’s article in its entirety, head to Fox News.