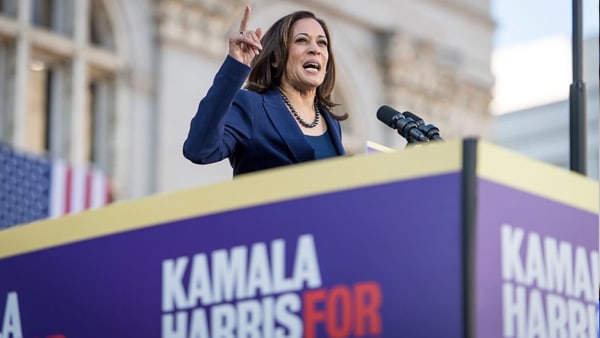 VP Harris’ likability will hurt her chances of winning the Democrat nomination in 2024.

It is no secret that President Joe Biden’s mental agility is declining. As the 2024 election approaches, Democrat leaders are positioning themselves for potential runs. Among these Democratic hopefuls is Vice President Kamala Harris. With the resignation of New York Gov. Andrew Cuomo, Harris’ potential to be the Democratic nominee has become a bit stronger, however, her ascension to power will not be without challenges.

Harris is facing a huge likability crisis. The first few months of the Biden administration has been characterized by her uncomfortable cackling and poor interview skills. Harris’ challenges are increased by her inability to successfully complete any of the major projects she’s been given by the president.

If there is anything that will get Harris elected, it will be her exploitation of identity politics, not her charisma. In a recent appearance on “The Breakfast Club” radio show, the Vice President was asked to clarify her position on the legalization of marijuana. She replied, “half of my family’s from Jamaica. Are you kidding me? Hahahahaha.” In the same interview, she said that some of her favorite rappers were Snoop and Tupac.

Even her father wrote that Harris was playing into fraudulent identity politics. He said, “Speaking for myself and my immediate Jamaican family, we wish to categorically dissociate ourselves from this travesty.”

Harris may have her sights set on a presidency in 2024, however, she will not succeed without authenticity and results. America will need a leader in office, not a comedian.