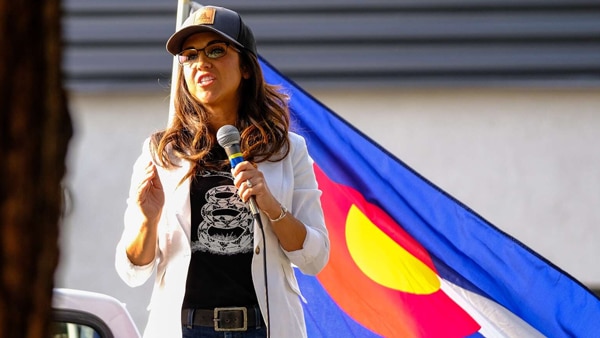 U.S. Rep. Lauren Boebert is an advocate for personal choice: How the decision to get vaccinated should remain between you and your doctor.

U.S. Rep. Lauren Boebert, the first woman, first mother, and the youngest person to be elected to Colorado’s 3rd Congressional District, has an important message for Americans: “It is not the government’s right to tell you what to inject into your body.”

In a recent op-ed, Rep. Boebert urged Americans to make personal health decisions for themselves. She believes a person’s choice to get vaccinated should be between themselves and their doctors. No one else needs to be involved.

She further said when she warns people to be aware of the “Fauci Ouchi,” she is only asking that individuals look outside of the mainstream media in order to “communicate that the heavy hand of government should never threaten you with taking an injection you may be skeptical of or are unwilling to take.”

Boebert further said government incentives such as lottery proceeds or door-to-door campaigns should not be occurring.

As she wrote: “The government isn’t your doctor and neither is the news media or your employer. Life comes with plenty of risks. Have a private conversation with your medical doctor and make a personal decision that is right for you and your family.”

By acting as a politician rather than a pseudoscientist, Boebert honestly conveyed her intention to preserve personal freedoms.

To read Rep. Boebert’s op-ed in its entirety, head over to Fox News.