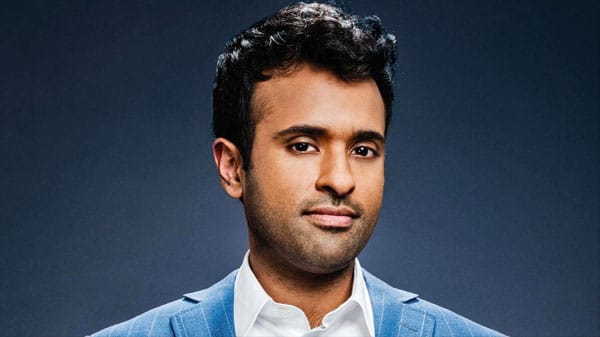 “Stakeholder capitalism” is the idea that companies should serve not only their shareholders but also other interests and society at large. This ideology, championed by America’s business and political leaders, promises a better, more diverse, and environmentally friendly world. Social justice is the purported goal.

In reality, this insidious force is an invitation for politics to infect business, creating a marriage between big business and big government that has the two working in concert. The result is a hybrid behemoth of immense power, capable of controlling our money, our voice, even our identity.

This is the new woke industrial complex, whose real goal is power, not justice. One way this malevolent force exercises power is by creating a culture of fear. Anyone who questions woke dogma is labeled a racist and effectively exiled as a pariah. Big Tech silences conservative speech under the Orwellian guise of stopping “misinformation.” The list of authoritarian tactics goes on.

I discuss stakeholder capitalism and the woke industrial complex in-depth this week on my podcast, “Newt’s World,” with Vivek Ramaswamy. Ramaswamy is a remarkable man who founded multibillion-dollar enterprises, led a biotech company as CEO, became a hedge fund partner in his 20s, trained as a scientist at Harvard and a lawyer at Yale, and grew up the child of immigrants in a small town in Ohio. His new book, Woke, Inc.: Inside Corporate America’s Social Justice Scam, begins by criticizing stakeholder capitalism but ends by exploring what it means to be an American in 2021.

Ramaswamy stepped down as CEO from a world in which he was combatting biological cancer to focus instead on combating a new cultural cancer, which has penetrated our society’s most powerful institutions — government, business, media, entertainment, and education.

As Ramaswamy explains, we live in a moment when both religion and patriotism are on the decline. There is a dark void at the center of our national identity being filled by malevolent forces. One of those forces is wokeness, which has all the characteristics of a religion but does more to divide than to unite us.

Absent faith, patriotism, and any sense of a traditional, objective morality, multiple generations of younger Americans are hungry for identity and a sense of purpose. For many, wokeness is serving as a seductive yet ultimately inadequate replacement.

Contributing to our current cultural crisis is a deep and justified mistrust of society’s most prominent institutions. From corporate America to the media to our education system, we’re being lied to and fed propaganda about COVID-19, race, and our own history. And to make matters worse, the Chinese Communist Party is, as Ramaswamy and I discuss, fueling some of the mistrust and divisions undermining American democracy and free-market capitalism.

The proper response to all this is to push back with a renewed vision of moral and American identity that is more meaningful and satisfying than wokeness. The country is eager for such a effort. Americans overwhelmingly believe in Martin Luther King Jr.’s eternal message to judge others by the content of their character, not in the abhorrent woke inverse that race alone should define us.

This is a crucial moment in American history. We must begin to counter the insidious advances of the woke industrial complex and work to restore faith, patriotism, and a proper sense of morality to our culture.