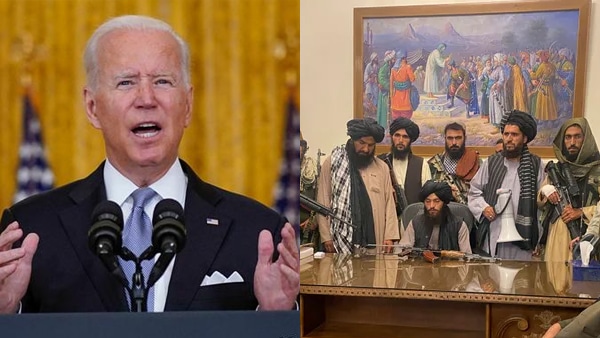 The Biden administration has undone everything that Trump did to create the sense of a strong, firm, and powerful America. Instead, it has replaced it with a weak, confused, timid, ineffective America that can’t distinguish between its friends and enemies.

Watching Biden’s speech yesterday was an almost surreal experience. It’s almost like his advisors kept him hidden up at Camp David, didn’t show him any TV, and then provided him with a speech that was sensible but wrong. For whatever reason, his crazed left-wing radical advisors decided they would ignore everybody who’d ever been in Afghanistan and push ahead with this horrific withdrawal, no matter what the cost. The result is a total disaster. The result is our humiliation around the world. If you are Taiwan, South Korea, or Western Europe, would you trust American right now?

It is so sad and infuriating to have an American president smear our allies. More than 66,000 Afghans died fighting on our side against the Taliban. For Biden to suggest that they weren’t willing to fight for their country is a vicious smear designed to hide his own cowardice. And as you watch women, once again, forced back into the 7th century, as you watch 15-year-old girls being forced into marriages with Taliban fighters, pay attention that the Taliban is telling the world that America can be defeated. This is a defeat that we will rue for many, many years to come.