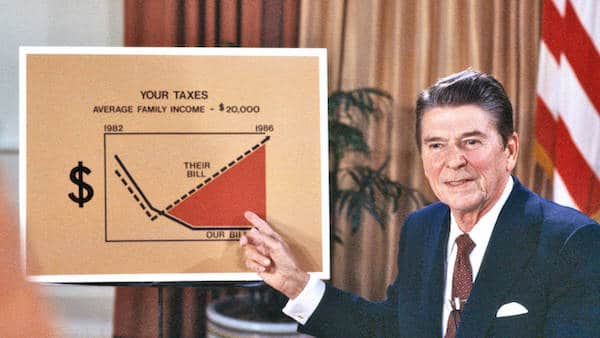 Now is the time for Biden’s team to heed the advice of economists and  follow the Reagan model.

Marking the 40th anniversary of the Reagan tax cuts, President Joe Biden’s team is being urged to reduce taxes in order to jump start economic growth. Economic advisers are celebrating Reagan’s tax cuts by pleading with the current president to stop deficit spending and instead reduce taxes across the board. Reagan’s Economic Recovery Tax Act of 1981 was approved by Congress when Biden was in the Senate. Instead of following Reaganomics, the Biden administration is causing a labor shortage which is crippling small businesses. Biden’s policies are also driving up inflation at a pace well above wage growth.

Reagan’s economic policies ended stagflation and unleashed a period of economic prosperity. Today, President Biden is on track to repeat the same mistakes that President Jimmy Carter made during his time in office. According to the Club for Growth, 61 percent of Democrats believe high taxes are a problem and 64 percent seek an end to deficit spending. Now is the time for Biden’s team to heed the advice of economists by following the Reagan model, which allowed Americans to keep and control more of their own money, rather than the government.

To read more about how tax cuts would help the economy visit The Washington Examiner.