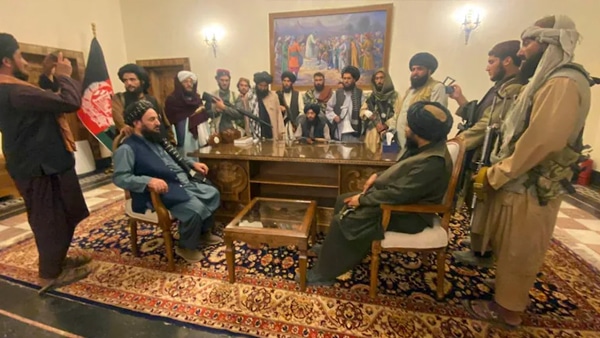 The debacle in Afghanistan is worse than you think. By withdrawing so shamefully and incompetently, the Biden administration has revived not only a haven for terrorists but also an Islamic caliphate run by the Taliban and al Qaeda.

The debacle in Afghanistan is worse than you think. To appreciate why, consider just how staggeringly shameful and incompetent the Biden administration’s withdrawal has been.

The U.S. military hasn’t exactly been fighting a war in Afghanistan for some time. Rather, it’s been providing air support and intelligence to the Afghan military, which has been doing the fighting on the ground.

In practice, this means Afghan forces could call in the Americans to conduct air strikes, gather the wounded, or resupply the Afghans (on top of the U.S. collecting intelligence). This is why zero American troops have died in combat in Afghanistan since February 2020, while thousands of Afghan soldiers and policemen have been killed by the Taliban over the same period.

Yet, after President Biden announced his decision in April to withdraw all American forces from Afghanistan, the U.S. pulled its air support and intelligence for the Afghan military. As a result, the Afghans couldn’t operate.

The U.S. had trained the Afghans to fight a certain way that relied on American air and intelligence support. And then Biden proceeded to take away that entire support system, effectively overnight.

The Biden administration even refused to allow private contractors from entering Afghanistan to service Afghan aircraft. As the Daily Beast reported, this “effectively grounding some of the Afghan Air Force at the same time as the U.S. had withdrawn direct air support to Afghan forces.”

Afghan maintenance personnel had to resort to Zoom calls with American experts to figure out how to maintain the aircraft left behind by the U.S. No wonder the Taliban seized the capital so quickly this past weekend.

Don’t worry: It gets worse.

When Biden took office in January, the U.S. had 2,500 troops in Afghanistan, the fewest since 2001. This past weekend, there were only 1,000 American soldiers on the ground.

Now that the Taliban has formally conquered the country, however, Biden is sending 5,000 additional troops back to Afghanistan to help evacuate U.S. and allied personnel — personnel, by the way, who only need to be evacuated because the U.S. withdrew in the first place, allowing the Taliban to take over.

Think about what this means: The Biden administration’s withdrawal was such a failure that the U.S. now has roughly twice the number of troops in Afghanistan than it had in April, when the president announced his decision to remove all military forces.

But Biden still intends to have all American forces out by Aug. 31. “An endless American presence in the middle of another country’s civil conflict was not acceptable to me,” he said Saturday.

What Biden and so many others on both the left and the right don’t seem to understand is that America wasn’t in Afghanistan to nation-build or pick winners or losers in some Afghan civil war. America was there to destroy and then prevent the re-establishment of a haven for terrorists, such as the one that allowed al Qaeda to carry out 9/11 as its close ally the Taliban controlled Afghanistan.

American leaders may have done a terrible job communicating this mission and at times wrongly strayed from it to try nation-building, but the core reason for America’s presence was always counterterrorism.

The Taliban, now in control once again, is counting down the days to America’s final exit, ready to reimpose its medieval cruelty on Afghanistan. And al Qaeda, still closely allied with the Taliban, is there, ready to enjoy total access to an entire country.

But even this doesn’t get at the full extent of the threat facing America. With the Taliban in power, Afghanistan doesn’t just become a terrorist playground. It becomes a caliphate.

There’s a reason why the Taliban calls itself the Islamic Emirate of Afghanistan, not the Taliban. None other than Ayman al Zawahiri, the leader of al Qaeda, has sworn allegiance to the Taliban’s supreme leader, Haibatullah Akhundzada. Both men view Afghanistan as the cornerstone of their imagined caliphate. In fact, according to reports, the Taliban will soon give its leader the title of caliph.

And no, this caliphate won’t be more benign or less expansionist than that of ISIS in Iraq and Syria. As one Taliban commander told CNN recently, “One day the mujahedeen will have victory and Islamic law will come not just to Afghanistan, but all over the world. We are not in a hurry. We believe it will come one day. Jihad will not end until the last day.”

For some reason, Americans seem to understand the need to combat ISIS but view the goals of al Qaeda and the Taliban as less threatening. But the only real difference between the two is the latter is more patient, which actually makes them more formidable.

America’s withdrawal from Afghanistan is about to unleash hell on the Afghan people. That’s undeniable. Whether the withdrawal leads to disaster elsewhere in the world remains to be seen.

Either way, we’re about to enter a scary new time in the ongoing war on terror. If the last few days are indicative of the administration’s morality and competence, jihadists should be rejoicing.