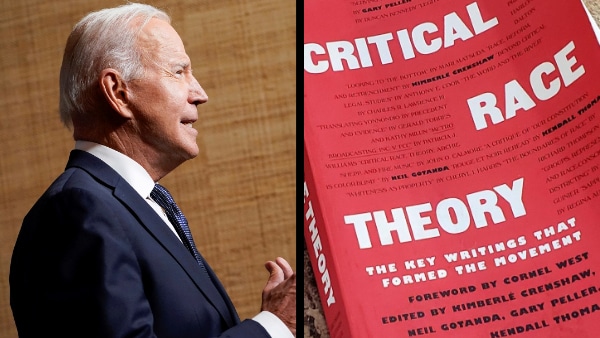 We cannot afford to twist or even erase our history and demonize our country for the sake of appeasing a woke mob.

Derrick Bell, the first tenured black professor at Harvard Law School, is known as the “godfather” of the CRT movement.

“It is our hope,” wrote Bell, “that scholarly resistance will lay the groundwork for wide-scale resistance.” The implication is that what is taught in classrooms will spill over into society.”

Bell furthered this notion by arguing that “standards and institutions created by and fortifying white power ought to be resisted.” He didn’t intend for CRT to remain an academic matter. His goal was action in the real world.

CRT is also meant to rewrite American history. Indeed, CRT seeks to teach America’s youth that, to quote the New York Times, “historical patterns of racism are ingrained in law and other modern institutions, and that the legacies of slavery, segregation, and Jim Crow still create an uneven playing field for black people and other people of color.”

In practice, this means undermining patriotism and America’s founding principles by embedding the notion of systemic racism into the minds of students, who are taught to hate their country.

President Biden also disbanded the 1776 Commission, which his predecessor established to help younger Americans understand the history and principles of America’s founding.

In place of the commission, the Biden administration has embraced the 1619 Project, which the New York Times launched last year to “reframe” American history. The project portrays 1619, when the first African slaves were brought to the English colonies of North America, as the year of America’s “true founding.” The idea animating the initiative is that, like CRT, virtually every aspect of American society can be traced back to slavery and racism.

In April, the Department of Education published a new proposal for teaching history that invoked the “landmark” 1619 Project as a positive force for promoting “culturally responsive teaching and learning.” However, the department backtracked after Senate Republicans sent a letter to Secretary of Education Miguel Cardona castigating the proposal.

In recent months, we have seen debates ensue at school board meetings across the country as parents are pushing back against the implementation of CRT in their children’s classrooms. A notable repudiation of CRT in K-12 classrooms came from Ian Rice, a father of two in Caledonia, Michigan.

Another father from Illinois also made waves when he said telling white children that all black people are oppressed flies in the face of all he has accomplished as a black man with two medical degrees. In the viral video, the father went on to ask, “How did I get where I am right now if some white man kept me down?”

Trump was right about pursuing an honest, patriotic, and intellectual exploration of American history, and Biden’s wrong to promote the history of America as a racist, fundamentally evil endeavor. The American people seem to agree.

Indeed, 61 percent of Americans do not believe that children should be taught that America is “structurally racist,” according to a Harvard CAPS/Harris poll. Moreover, nearly 6-in-10 American voters view CRT as unfavorable, according to a YouGov-Economist poll.

The American people want their children to be taught the triumphs as well as the faults and misgivings of the country’s founders. We cannot afford to twist or even erase our history and demonize our country for the sake of appeasing a woke mob. America’s children must learn about the dark and irrefutable history of slavery in this country, but they must also learn how truly wonderful it is to be able to call themselves American.