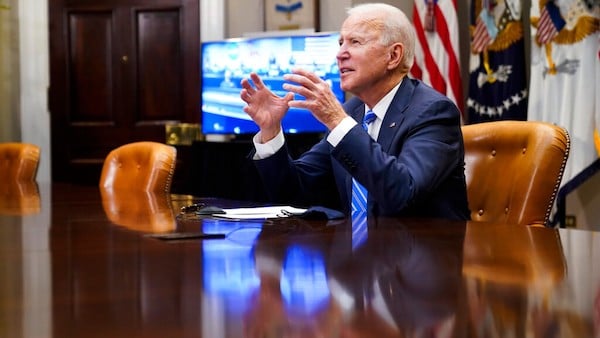 After the Afghanistan debacle, Biden’s approval numbers went from 55 percent in March to 31 percent today.

A new Rasmussen poll taken this week of likely voters suggests that 1 in 10 democrats have buyer’s remorse on their vote for Joe Biden in the 2020 election. The poll tallies that just 37 percent of voters would vote for Biden if the election were held today. Former President Trump would garner 43 percent of the vote, with 13 percent of Democrats claiming that they would support Trump over Biden. After the Afghanistan debacle, Biden’s approval numbers went from 55 percent in March to 31 percent today.

On Tuesday, President Barack Obama’s Director of Global Engagement called for the firing of National Security Adviser Jake Sullivan due to the botched Afghanistan withdrawal. The diplomat said “those he has chosen for key positions have repeatedly failed to challenge their own assumptions. It sadly led to the most unnecessarily embarrassing day in the history of the National Security Council” (NSC). Sullivan has worked closely with influence groups and think-tanks affiliated with ties to the Chinese Communist Party. Sullivan and the National Security Council are helping China’s rise with the fall of the Afghan government to the Taliban. This is not surprising because Sullivan has previously expressed interest in the rise of China.

To read more about Democrats regretting their vote for Biden visit www.thenationalpulse.com