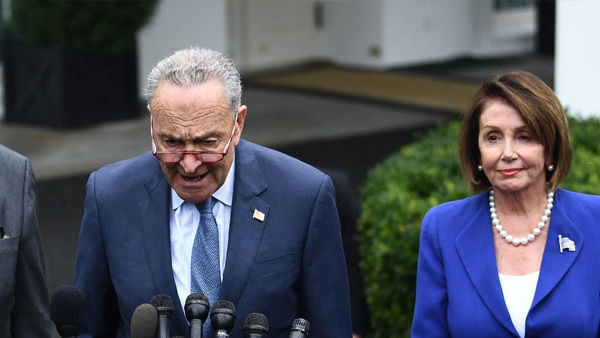 President Joe Biden seems more out-of-touch with reality. These crises are all going to get worse unless the leadership in Washington recognizes that the country is now in danger.

America is in a series of crises that are rapidly compounding.

The immediate headline grabber is the disaster in Afghanistan. The lack of planning and professionalism, and the daily briefings that communicate ignorance, weakness, and confusion are shocking. Our officials don’t seem to know how many Americans are still in Afghanistan, where they are, or how they are going to get to the airport to be evacuated.

With each appearance, President Joe Biden seems more out-of-touch with reality. Whether it is cognitive decline or simply arrogance is impossible to say. More and more, he seems like an angry old man who made a disastrous decision and now is angry at the people who keep pointing out the facts.

Around the world, the predatory nations are licking their chops like lions watching a wounded potential meal. With a president this weak, an intelligence community this lacking in knowledge, a Pentagon that can’t organize anything effectively, and a State Department that can’t protect Americans, it is little wonder the predators are smiling and speaking out.

The Chinese Communist dictatorship is openly comparing Biden’s weakness and the American collapse in Afghanistan with what they think might happen if the dictatorship occupied Taiwan.

The Europeans are watching in horror as Biden refuses to talk with their leadership. Our military has failed to coordinate with their forces in Afghanistan.

The Iranians feel increasingly confident that the Biden administration is too weak to be a threat. In fact, they are probably planning on asking for another couple billion dollars like the bribe they got from Barack Obama when Biden was vice president.

The immediate national security crisis is compounded by collapsing efforts across the board.

We have a southern border wide open to people entering the country illegally, including terrorists. We have a weakened and demoralized set of police forces who are cautious about tracking down criminals and terrorists because they have left-wing political leadership who wants to defund them – and district attorneys who refuse to prosecute crimes. We have big city school systems which fail to teach (and now the entire state of Oregon has abolished math, reading and writing standards for high school).

We have union supporters of the Democratic Party who grow in arrogance with each demand they make of the Biden administration. More money. More control. More radicalism. And the Biden people just keep paying them off.

Given everything that is going wrong and every indication of the collapse of the government bureaucracies, how could Congress consider another $8 trillion in spending?

These crises are all going to get worse unless the leadership in Washington recognizes that the country is now in danger. We need a complete review of what is going wrong and a reset of the system.

To move forward with business as usual and try to ram through a set of Big Government Socialist Bills without having in-depth hearings and learning what has gone wrong would be a profoundly destructive mistake.

When reality hits you in the face with facts clearly showing how wrong you are, the worst thing to do is simply continue forward without reflection or reconsideration. Instead, you stop, reassess your assumptions, make course corrections, and design a new path forward. Anything else is suicidal.

How much worse do things have to get until the bipartisan leadership realizes these crises are historic – and not merely a political?

We must fix these problems, or our predatory opponents are going to guarantee that the American era is over.