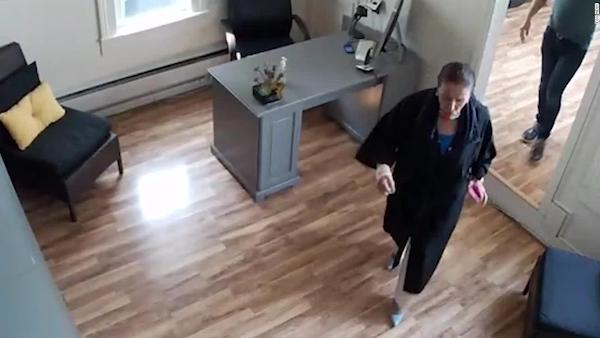 San Francisco salon owner Erica Kious could hardly believe that Speaker of the House Nancy Pelosi was walking through her salon without a mask last August. Kious was out of town on Aug. 31, 2020 when Pelosi decided to make an appointment with a stylist who rented out a chair in her salon. Small businesses were closed all over California, when Pelosi decided to go to pay a visit to eSalon. This was the epitome of hypocrisy to Kious, because she believed that Pelosi would be going to the home of her stylist. Kious looked at her security camera after she had received a notification about movement in the salon.

Kious claims that she decided to release the video footage news media outlets “because I felt that her hypocrisy just needed to be exposed.” In the moment all Kious could think of was “the past six months [and everything] that had happened with the shutdown, not being able to reopen, losing my staff, everyone literally on the verge of losing everything.”  Today, Kious now lives part-time in Tennessee “because I’m safe here,” adding that “they’re not going to shut me down … It’s crazy that I had to leave [California.]”

To read more about how Erica Kious is fighting for small businesses visit www.dailysignal.com