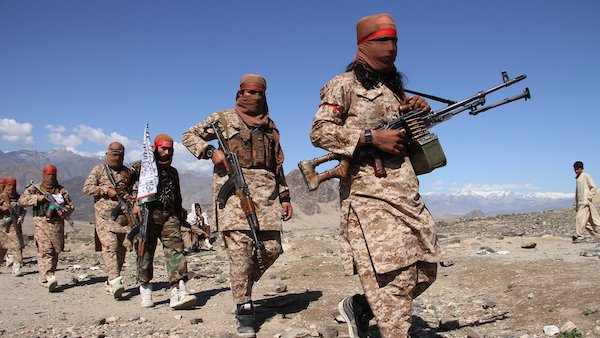 Despite the flood of reporting and commentary on the fiasco in Afghanistan, however, almost everyone has missed the most important piece of the story: Pakistan.

Afghanistan continues to dominate the news cycle for good reason. Thanks to the Biden administration’s astonishingly botched withdrawal, the Taliban now controls the country. Soon, Afghanistan will become a haven for Islamist terrorists and a hell of unparalleled cruelty for everyone else, just as it was before 9/11. And thousands of Americans remain trapped there, desperate to escape.

Despite the flood of reporting and commentary on the fiasco in Afghanistan, however, almost everyone has missed the most important piece of the story: Pakistan.

It’s no secret that Pakistan — specifically its military and Inter-Services Intelligence (ISI) — supports the Taliban, a group of extremists allied with al Qaeda who seek Islamist domination in Afghanistan — and then across the globe. Anyone who has studied the war in Afghanistan knows this.

But what most people don’t understand is that the Taliban isn’t a mere proxy of Pakistan but rather an extension of the Pakistani state, deployed to advance Pakistani interests.

Indeed, Pakistan has used terrorism as a tool of foreign policy since its founding in 1947. And since the 1950s, Pakistan has used Islamists to influence Afghanistan — a policy that heated up in the 1970s. Regarding the latter, Pakistan’s main objective has been simple: to control Afghanistan as part of its ongoing rivalry with neighboring India.

In practice, this has meant Pakistan waging jihad against Afghanistan over the decades, even embedding advisers within the Taliban. This project bore fruit in 1996, when the ISI installed the Taliban in power in Kabul.

“Pakistani military and intelligence support for the Taliban remained extensive and committed right up to 2001,” wrote journalist Carlotta Gall, who has reported extensively on this issue. “It was the continuation of a policy to dominate Afghanistan pursued by Pakistan since the early 1970s.”

According to by a report Human Rights Watch, this support included:

And then in the wake of 9/11, then-ISI chief Lt. Gen. Mahmud Ahmed met with the Taliban’s leader, Mullah Muhammad Omar, in Afghanistan and instructed the Taliban not to hand over Osama bin Laden to the U.S.

In the following months and years, the ISI provided varying forms and levels of assistance to the Taliban, many of whose members are actually Pakistani, not Afghan.

Taliban fighters can move freely into Afghanistan from Pakistan and have used Pakistani passports to travel abroad. And according to Pakistani journalist Ahmed Rashid, they’ve even recuperated in Pakistani hospitals.

To make matters worse, the ISI “actually ran a special desk assigned to handle the al Qaeda leader,” according to Gall.

The bottom line is this: The real source of trouble in Afghanistan is Pakistan.

Nonetheless, America has not used coercion to compel Pakistan to stop supporting terrorists who seek America’s destruction. Instead, Washington has given Pakistan $34 billion in “overt aid” and “military reimbursements” since 2002. Plus, the U.S. has made no effort to block aid to Pakistan from Europe, the International Monetary Fund, and elsewhere.

In other words, the U.S. has, to quote researcher Kyle Orton, “lavished billions of dollars on a military-intelligence oligarchy that diverted huge amounts of that money to creating and sustaining the very jihadists they were being paid to help defeat.”

In short, the debate in America over Afghanistan for the past two decades has largely missed the point. To put in more troops or less, to nation-build or focus just on counterterrorism, to cut a deal with the Taliban or kill them — none of these choices matter if we continue to allow Pakistan to get away with literal murder.

One could even go a step further: If 9/11 happened because the Taliban controlled Afghanistan and provided al Qaeda a haven from which to operate, then Pakistan is ultimately responsible. American leaders must recognize this fact and treat Pakistan as an adversary, not a friend.