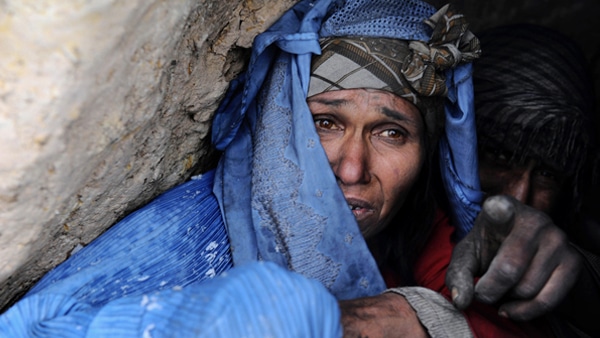 As the Afghanistan crisis unfolds, the emerging reports of suffering, violence, and brutality inflicted on the Afghan people at the hands of the Taliban are devastating.  In Taliban-controlled Afghanistan, women in particular are in grave danger.  As former President George W. Bush said, “I’m afraid Afghan women and girls are going to suffer unspeakable harm.”

Before the U.S. invasion of Afghanistan in 2001, Afghans lived under the Taliban’s oppressive enforcement of Sharia law.  Under the Taliban’s rule, nearly all women were prohibited from getting an education.  Except for a few approved female doctors, women were forbidden from working outside of the home.  Burkas and male chaperones were required for women outside of their homes.  Further, women were prohibited from socializing with males beyond their family.  Those who disobeyed the Taliban could be publicly flogged or executed.

In the 20 years that followed the toppling of the Taliban’s control of Afghanistan, women made enormous strides, pursued goals, and achieved successes that were once unthinkable under the Taliban regime.  Women attended school and graduated from college, held government positions, worked in various professions, joined the military and police forces, and competed in the Olympics.

The Taliban recently claimed that this time, under Islamic law, women will have more opportunities to participate in public life and society.  Already, however, there is legitimate and serious concern that the freedoms Afghan women have had over the past two decades will not continue under the Taliban regime.

The same day the Taliban spokesman claimed to uphold “women’s rights,” a woman who was not wearing a burka was shot and killed by Taliban fighters.

Such emerging reports reveal a tragic new reality for women.  Citing experts, The Wall Street Journal reported that the Taliban has already proved to have “grown even more extreme than they were when their regime was in power in the 1990s.”

Taliban commanders have forced unmarried women to be the “wives” of insurgent fighters.  Speaking at a mosque, a senior local Taliban member said that all girls as young as 15 and widows below the age of 40 should become the wives of the fighters.

The Taliban has shut down schools and women’s health care clinics and reimposed burka and chaperone requirements in numerous areas.  Women have again become prisoners, with many staying at home out of fear of being beaten for being uncovered.  The price of burkas has increased as much as tenfold, as women scramble to buy them.

Tragically, the lives and futures of those who broke down barriers and forged new paths for Afghan women and girls are at risk.

An anonymous student in Kabul, who was on her way to simultaneously completing two degrees from two of Afghanistan’s top universities, wrote in The Guardian, “I worked for so many days and nights to become the person I am today.”  Yet, under Taliban rule, she is forced to “burn everything” she accomplished in her 24 years of life.

Zarifa Ghafari, Afghanistan’s youngest and first female mayor in the Maidan Wardak province, said that the Taliban “will come for people like me and kill me.”  Ghafari received the U.S. State Department’s International Woman of Courage Award in 2020 for her work to empower young Afghan women.  She said, “I won’t stop now even if they come after me again. I am not scared to die anymore.”

Like Ghafari, the women of Afghanistan have proven that they are a force with which to be reckoned.  Fawzia Koofi, a peace negotiator and a former Afghan Member of Parliament, said though the Taliban is not afraid of the world’s superpowers, “They are afraid of the women.”

Shukriya Barakzai ran underground classes for girls during the Taliban’s previous reign over Afghanistan.  She later went on to help draft Afghanistan’s constitution and serve in Parliament.

According to Barakzai, the new generation of Afghan women, who knew freedom, “are full of energy, hope, and dreams.” Although the Taliban seized control of the country, Barakzai said they have not captured the “hearts and minds of the people.”

The courage and determination demonstrated by Afghan women and girls over the last 20 years cannot be forgotten.  As Americans, we must insist that their rights be preserved and protected.