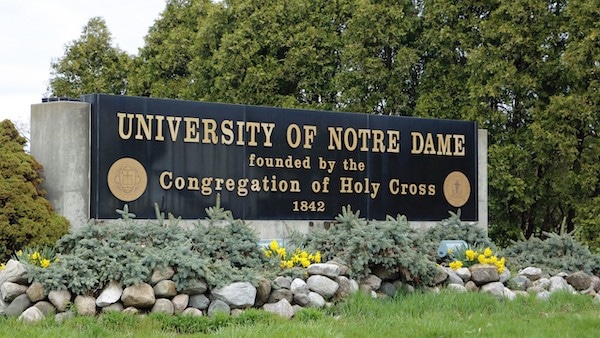 Notre Dame is the latest case of a university having to defend its own history from the woke left.

Some college and professional sports team mascots have come under scrutiny in recent months for being outdated or offensive. Most prominently, the Washington Redskins changed to the Washington Football Team and the Cleveland Indians announced the team will become the Guardians next year. It seems the Notre Dame Fighting Irish could be the next mascot on its way out.

A recent survey showed that the school’s leprechaun mascot was ranked as the fourth most offensive college mascot in the United States. Notre Dame soon released a statement defending its usage, citing it as a symbol of “genuine Irish heritage” regarded with “respect, loyalty and affection.”

The school is right to defend its mascot and the good it represents, calling out those who wish to cancel a piece of heritage held in high regard. While there are some mascots and ideas in schools that are offensive, too many institutions are attacking their own history for the sake of appeasing the woke left.

Read more about the Fighting Irish controversy at Fox News.

The Latest from CJ Pearson: