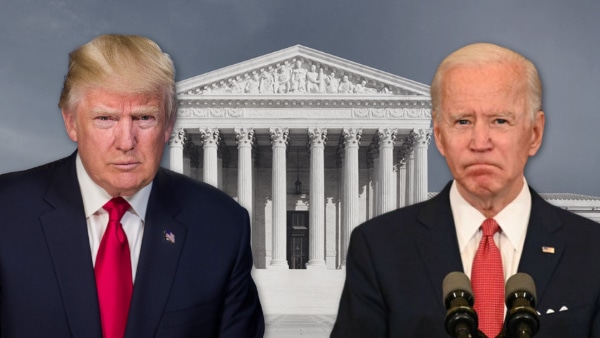 President Trump worked with the courts and followed precedent in the selection and confirmation processes while Biden seeks to change the rules.

President Biden is attacking the integrity of the American judiciary with his court-packing schemes. On April 9, President Biden announced an executive order to create a committee on judicial research. The purpose of this committee is to make recommendations for the President to consider when handling court-related decisions. The commission was asked to evaluate aspects of court reform, including court size, length of service, the case-selection process, and the scope of judicial power. The committee first met on May 19 and will adjourn in November.

While Biden’s commission appears in good faith, the President already knows what he wants. After three successful SCOTUS appointments under President Trump, the Democrats are ready to pack the courts with woke justices who will water down a conservative-leaning bench. The commission even checks the bipartisanship box by inviting opposing lawyers and legal scholars into the conversation. Members such as Curt Levey told Fox that he is against court-packing and would support creating a constitutional amendment that would cap the number of justices at nine.

The creation of this committee is political theater that forces months of bipartisan discussion just for the President to ultimately move forward with his goal. His attempts to appear considerate are undermined by the left-wing professors who are eager to rationalize the President’s goals.

Biden’s hopes are reminiscent of President’s past. In 1937, President Roosevelt attempted to add six justices to the supreme court. This came after a series of New Deal legislative efforts were struck down by the courts. Roosevelt hoped that six new judges would neutralize some of his opponents. Fortunately, this court expansion attempt failed.

The courts are not supposed to be putty in the President’s hand. The Supreme Court is supposed to be a body that works to check the power of the legislature and the executive branch. In working with the judiciary, Trump was right, and Biden was wrong.

President Trump worked with the courts and followed precedent and routine in the selection and confirmation processes. Biden should realize that he cannot add rules to the game because he does not like the circumstances. The judiciary must not be manipulated by power-hungry politicians.

Although justices are selected via Presidential nomination, they are not permanently tied to that administration. In our nation’s history, there have been plenty of circumstances in which judges (appointed by both Republican and Democratic presidents) have ruled against the president who nominated them for their judgeships. Political loyalties end after the confirmation is secured. Adding additional seats to the Supreme Court would make the justice system bogged down with political nonsense and prevent the courts from working effectively.

My advice to Biden? Wait your turn. If President Trump could, you can too.