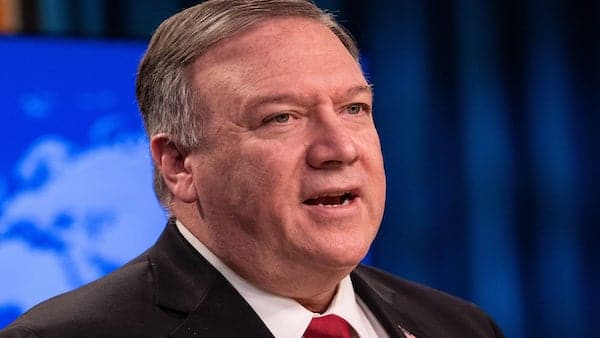 Biden’s weakness has contributed to the fall of Afghanistan according to Pompeo, who dealt with the Taliban as CIA Director.

Former Secretary of State Mike Pompeo is concerned for the thousands of Americans who are stranded in Afghanistan. Biden’s weakness has contributed to the fall of Afghanistan according to Pompeo, who dealt with the Taliban as CIA Director and Secretary of State in the Trump administration. The failed withdrawal and surrender by Biden has caused our allies to distrust us and our enemies to fell emboldened. Pompeo is concerned that so many American weapons are now in the hands of Taliban fighters who have been in jail for over a decade. He is most concerned about evacuating all the American citizens stranded behind.

The Trump administration would never have withdrawn troops before getting all Americans out of Afghanistan. Pompeo notes that the Taliban has not been held to account on the agreement they made last February with President Trump’s team. Americans are not able to travel to the Kabul airport because Taliban fighters have complete control of access routes. President Joe Biden should enable the troops in Afghanistan to rescue American citizens immediately. Pompeo is not confident that the Biden administration will do such before the Taliban imposed deadline for all Americans to leave Afghanistan by Tuesday, August 31, 2021.