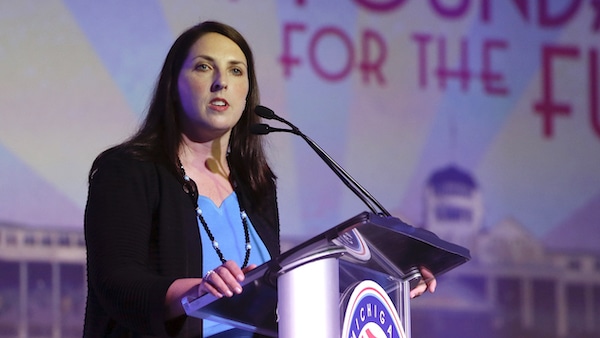 Ronna McDaniel is right. Biden’s absence from the press in the wake of Afghanistan’s demise is no surprise.

Republican National Committee Chairwoman Ronna McDaniel has one question for President Biden: Where were you?

In a scathing op-ed, McDaniel openly criticized our absentee president and his vacationing press secretary. As those around the world watched Afghanistan crumble in real-time, both President Biden and Jen Psaki were “enjoying some not-so-well deserved time off” according to McDaniel.

McDaniel explained that President Biden was blindsided by the crisis, placing the blame for his foreign policy blunder on anyone but himself. Refusing to take ownership of his reckless decision-making is “extremely disrespectful to the brave servicemen and women who fought, bled and too often died in Afghanistan on our behalf.”

In a time when America needs a leader, we have seemingly been left without one. Ronna McDaniel knows this, and so do our Western allies and those around the world.

To read RNC Chair McDaniel’s op-ed in its entirety, head over to the Daily Caller.