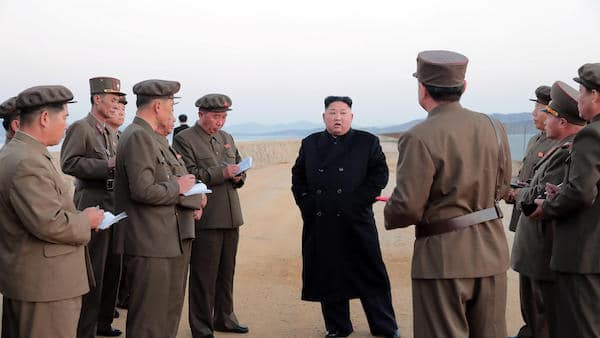 Biden administration officials are concerned about North Korea, and they are committed to seeing a nuclear– free Korean peninsula.

According to satellite photos, North Korea appears to have resumed its use of the plutonium-producing reactor located at Yongbyon. The U.N.  International Atomic Energy Agency said that this would enable North Korea to expand its nuclear weapons arsenal. The recently release U.N. atomic agency’s annual report details North Korea’s nuclear activities. According to the International Atomic Energy Agency report, “since early July, there have been indications, including the discharge of cooling water, consistent with the operation of the reactor.” The Yongbyon reactor was inactive from December 2019 until July 2021. Since 2009 the U.N. agency has not been granted access to North Korea, and it describes these developments as “deeply troubling.”

Biden administration officials are concerned about North Korea, and they are committed to seeing a nuclear– free Korean peninsula. North Korea has not accepted the Biden administration’s invitation to discuss its nuclear weapons program. President Biden has multiple foreign policy issues that overshadow North Korea ramping up its nuclear weapons program. Kim Jong Un offered to shut down the plant during his second summit with President Trump, but Trump rejected the offer because he did not want to lift major economic sanctions.