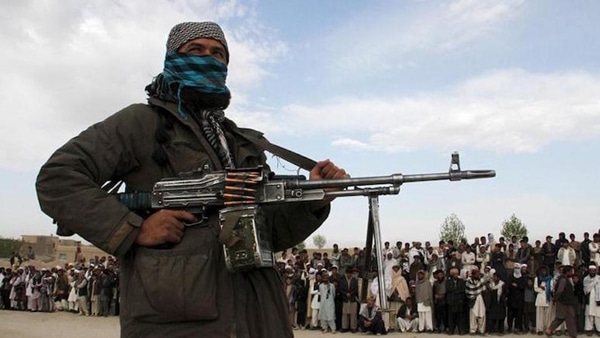 Religious minorities in Afghanistan are among the most vulnerable people at risk of persecution by the Taliban.

In Afghanistan, religious minorities make up a small percentage of the total population.  Today, Afghanistan’s population is 99.7 percent Muslim and 0.3 percent non-Muslim, and includes Hindus, Sikhs, Baha’is, Christians, and Buddhists.  For decades, these minority groups have kept the hope for religious freedom alive in Afghanistan.

After the Taliban’s collapse in 2001, religious minorities began to slowly gain ground.  But due to the lack of security and political instability, Afghanistan’s government struggled to uphold religious freedom for its citizens.

Over the past 20 years, many of Afghanistan’s religious minorities have lived in fear of retribution for their beliefs.  In April 2021, the U.S. Commission on International Religious Freedom recommended that Afghanistan be included on the State Department’s Special Watch List, which includes “countries where the government engages in or tolerates ‘severe’ violations of religious freedom.”

According to the U.S. Commission’s 2021 Annual Report, “Members of the Sikh and Hindu community have felt pressured to leave Afghanistan due to the lack of safety and security in the face of ongoing targeted attacks on their leadership and houses of worship by militant groups.”

For religious minorities, such as Afghan Christians, it is extremely dangerous to worship freely. Afghan Christians experience familial-societal ostracization and are the victims of brutal violence, kidnappings, and killings at the hands of the Taliban.  Open Doors ranks Afghanistan as the second highest country on its World Watch List for Christian persecution.

Additionally, conversion from Islam is considered apostasy and is punishable by death, imprisonment, property confiscation, or deportation.  The majority of Christians in Afghanistan are converts from Islam and are pressured to keep their religious affiliation hidden.  As a result, Christians worship in small groups in secret as there are no official Christian churches in Afghanistan – with the exception of a Catholic chapel in the former Italian Embassy.

Tragically, following the Taliban’s recent takeover, any hope for advancing and defending religious freedom in Afghanistan has been extinguished.  Now that the militants are left in control of the country, freely practicing one’s faith has become even more dangerous.

However, even with these ongoing threats, the Biden administration did not specifically include religious minorities under the U.S. State Department’s Priority 2 designation, which grants “U.S. Refugee Admissions Program access for certain Afghan nationals and their family members.”

The U.S. Commission on International Religious Freedom issued a statement on August 23 insisting that the Biden administration prioritize the resettlement of religious minorities.  According to Commissioner Frederick A. Davie, “We urge the Biden Administration to take immediate action to broaden the recent P-2 designation to explicitly include Afghan religious minorities, in recognition of the severe risks they already face, which will only heighten after the end of the U.S. evacuation.”

But while Afghan Christians and other religious minorities struggle to get help from the Biden administration, faith-based organizations have stepped up to evacuate vulnerable individuals and families. Samaritan’s Purse, for example, supported the evacuation of 80 missionary families and sponsored flights that rescued hundreds of men, women, and children.

All Things Possible, the Christian nonprofit founded by U.S. veteran Victor Marx, helped a family of eight Christian converts escape to safety.  Although the evacuation deadline has passed, Marx pledged that All Things Possible will continue to work to help those whose lives are at risk in Afghanistan.

As former U.S. Ambassador-at-Large for International Religious Freedom Sam Brownback said the crisis in Afghanistan should be a top priority because “it’s a deadly and catastrophic situation that could easily lead to a genocide.”

The work that needs to be done to secure freedom and safety for religious minorities in Afghanistan has just begun.  President Thomas Farr of the Religious Freedom Institute is right.  We now need to redouble our efforts in Afghanistan – especially after the departure of the last American soldier.