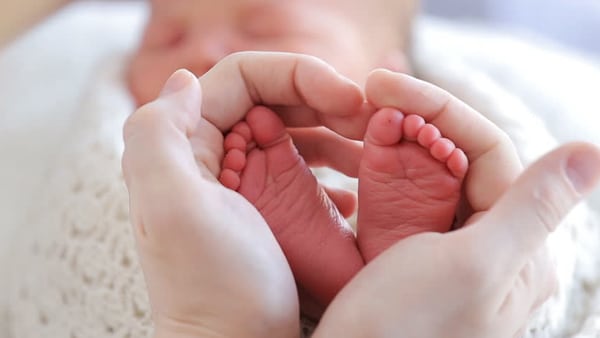 Anna Paulina’s thoughts on Texas’s abortion legislation and why other states should follow its lead.

It’s always been fascinating to see the amount of anger and rage that comes out of people on the left, which tends to pride itself on being open, understanding, thoughtful, and emotionally driven. However, we’re seeing that after Texas passed one of the most conservative pieces of legislation regarding abortion in the country, you have complete rage and complete chaos from people on the left. I support the state of Texas and its legislation to protect children in the womb. And I support the fact that they’re now one of the most pro-life states in the country. Florida, I hope one day will be soon to follow.

If there’s one thing that the war in Afghanistan and the withdrawal has shown the American people and frankly, the world it’s that we no longer have to rely on the mainstream media that we all know is corrupt or the military industrial complex and our politicians in regards to finding out the news and seeing what’s happening in a foreign country. In fact, some of those video clips have gone so viral on the internet that it’s not possible for Facebook, Twitter, and Instagram to suppress all of it. This has become extremely problematic, not just for the Biden administration, but for the American people that voted for him so much. So that according to recent polling Biden is in the tank. And even among Democrats, in fact, some Democrats not just support him being removed from office, but they also support impeachment because of the way that Afghanistan was handled.

Now, I know that one of Biden’s campaign promises was that he was going to unite this country. We all know that’s a joke, but he did manage to unite the country in one way – against him. Because we realize that after seeing some of that footage out of Afghanistan and unfortunately feeling the pain of those 13 families that lost their soldiers overseas during that terrible terrorist attack in Kabul, that this administration was incompetent. And while the military industrial complex and our elected leaders were pushing critical race theory and politicizing the military, they forgot about military strategy, which is why we lost our service members. I can tell you this I’m United States Air Force veteran, my family, my husband, we’re a military family. And I know what it’s like to get that 4:00 AM phone call. I know because my husband was shot in Afghanistan in 2014. I can never unlive those moments.

And I know for some of those families struggling that they’ll never be able to forget that phone call, that they got telling them that their service members are not coming home. There’s so much that the American people, our military, I can tell you that while we’re fighting amongst each other here in the United States, many of those young men and women are going overseas to fight for the very freedoms that we are now losing today in our own country. And I can tell you someone who’s run for office. And as a veteran, that if we do not continue to fight for this country, we will lose it. I don’t say that to be dramatic. I don’t say that to reference the fall of Rome. I genuinely mean it. Because what we’re seeing in this country is corruption and corruption in the media corruption in politics. And it is our job, especially when we see bad things happening to stand up and do the right thing.

And so I ask all of you and I challenge all of you. What are you doing to make a difference? What have you done to show that you love this country and what are you doing to make sure that our freedoms at home are being protected while those young men and women go overseas and sometimes give their lives so that we can enjoy the personal freedoms that we have today. And that’s exactly why I started my podcast to help raise up the younger generation. I hope you join me on a Paulina Luna every Wednesday and Sunday on the iHeart radio app and download my podcast so that you can hear me talk with you and find solutions to save our country.