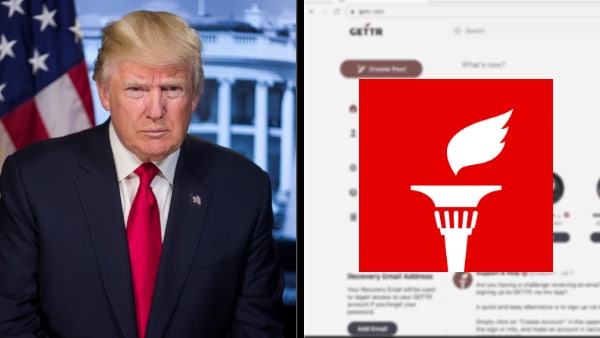 The potential of GETTR has sparked former President Donald Trump to reportedly want equity in the platform.

Big Tech’s power should scare Americans. Thankfully, Jason Miller is hoping to change this with his new social media platform GETTR, promising zero censorship and free speech for all. The potential of GETTR has sparked former President Donald Trump to reportedly want equity in the platform.

Despite not having a GETTR profile yet, President Trump is close with Miller, who served as an aide in his administration making the partnership more likely. With more than 2 million users across the world, GETTR is growing quickly and hoping to convert over prominent figures from Twitter and other social media sites. Trump voiced his plan to start his own social media and news platforms earlier this year and using GETTR will help extend his influence, even as other sites have banned him.

Just this past week, I talked with Miller on my podcast, Luna Talks with Anna Paulina, about what makes GETTR special and the importance of free speech today.

Hear our full interview here, and read more about President Trump’s interest in the platform at Axios.

The Latest from Anna Paulina Luna: