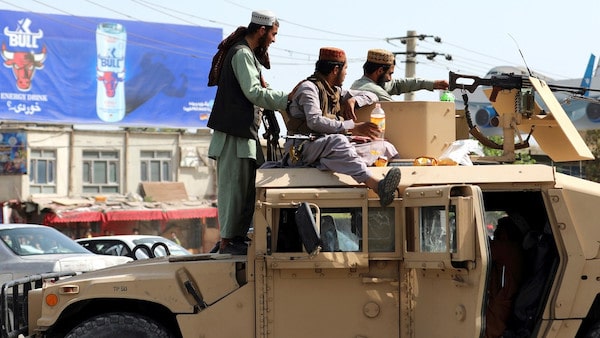 The Biden administration in an effort to clear Afghan nationals for evacuation in August, handed over lists of our allies to the Taliban.

The U.S. Department of State has admitted that Biden officials directed federal agencies to scrub their websites of reports detailing more than $82 billion in U.S. military equipment provided to the Afghan military since 2001. For example, the reports listed the exact number of night vision devices, hand grenades, Black Hawk helicopters, and armored vehicles. The State Department said the reports were removed, because they were seeking to protect their Afghan allies. Or it could be that they want to prevent the public from knowing these numbers: 208 aircraft and helicopters; 75,000 war vehicles; 50,000 tactical vehicles, and nearly 1,000 mine– resistant vehicles. Add to the list: 600,000 weapons, which include 350,000 M4 and M16 rifles, 60,000 machine guns, and 25,000 grenade launchers. The Taliban now possesses all of these weapons.

The Biden administration in an effort to clear Afghan nationals for evacuation in August, handed over lists of our allies to the Taliban. The Government Accountability Office confirmed that the State Department requested that the reports be removed. Just imagine if the Trump administration had pulled such a stunt. It would have been the subject of nightly news reports – and likely another impeachment process – for months.