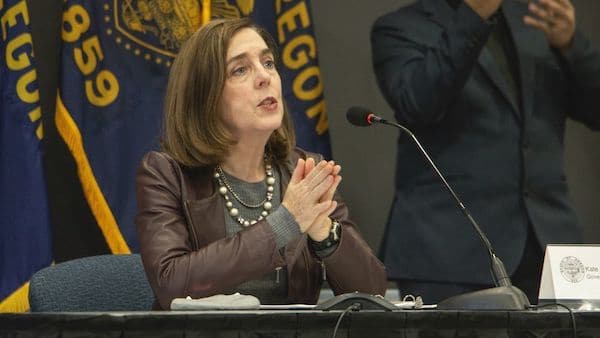 Through progressive wokeness, we are fostering a society that strives for mediocrity, not excellence.

Critical race theory (CRT) is more destructive than even its harshest critics seem to realize.

Conservatives and more moderate liberals have rightly castigated CRT for teaching a form of racism that demonizes the country and divides the American people.

That’s crippling to a nation. But it’s not the full extent of the damage.

What most critics are missing is what follows next from CRT: a precipitous decline in standards and accountability that sets our children up for failure — all in the name of “equity” and “social justice.”

For proof, look no further than bright blue Oregon.

The reason? According to one of Brown’s spokesmen, dropping such onerous standards will benefit “Oregon’s Black, Latino, Latina, Latinx, Indigenous, Asian, Pacific Islander, Tribal, and students of color.”

To help these students, the state will develop more “inclusive” and “equitable” graduation requirements, whatever that means. Apparently, showing basic literacy and simple arithmetic is too big of an ask of minorities — at least according to Oregon Democrats. There’s a word for that kind of thinking, and it’s not open-minded.

If this were a “Saturday Night Live” skit, you’d think the cast was trying too hard for a laugh. It would just be too absurd, too out there. Progressives wouldn’t go this deep down the woke rabbit hole, right?

Unfortunately, this isn’t a comedy sketch. It’s reality — and it’s now the law in Oregon.

Recommendations for new graduation standards are due to the state legislature and Oregon Board of Education by next fall.

In short, Oregon has turned diplomas into participation trophies — based on the absurd belief that minorities can’t compete on their own.

This is where CRT comes in.

It’s tempting simply to denounce Oregon’s new law as racist for essentially saying black and brown students are too dumb to pass the current graduation requirements. But the problem runs much deeper than that.

To understand why, consider the core argument of CRT: that racism is entrenched in all systems of American society and that all disparities between the races indicate racial discrimination. The solution to these problems, according to CRT, is to tear down the oppressive systems.

Or, as Derrick Bell, the so-called “godfather” of the CRT movement, once wrote, “It is our hope that scholarly resistance will lay the groundwork for wide-scale resistance. We believe that standards and institutions created by and fortifying white power ought to be resisted.”

With this thinking in mind, the Oregon law makes perfect sense.

Indeed, supporters claim children of color are among those who, to quote the law itself, “have historically experienced academic disparities,” in large part because of the testing requirements.

Simply put, if the current graduation standards reinforce a racist system, then they must be tossed aside and replaced. This may sound crazy since we’re talking about the most basic and essential educational requirements imaginable: reading, writing, and arithmetic. But nonetheless, the Oregon law is part — and indeed the logical extension — of a coherent progressive ideology that embraces CRT.

In other words, Oregon’s new law is the result of CRT. And the damage goes well beyond racial division.

If students can graduate high school without needing to demonstrate basic competency in math, reading, or writing, then how can they possibly be prepared for the professional world? For that matter, how can they be productive members of society? And what did they actually do to earn diplomas?

Good thing the real world never holds you accountable. Otherwise, these kids might be in trouble for life.

The bottom line is this: Through progressive wokeness, we are fostering a society that strives for mediocrity, not excellence. So long as everyone is poor and uneducated, suffering under the same circumstances, things are fine. You have “equity.”

The problem is when some people succeed too much and there are disparities. Then you have oppression, and that’s intolerable.

This is cultural socialism, plain and simple. And it’s leading to America’s steady, painful decline. The madness must stop before it’s too late.