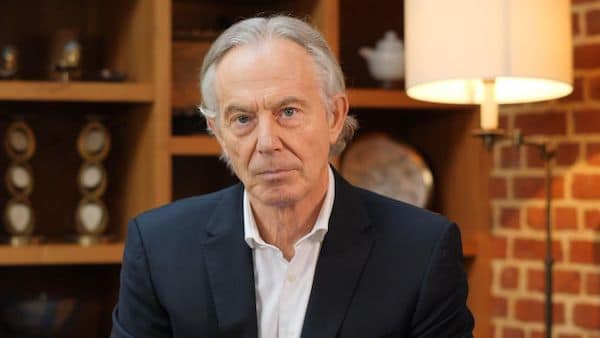 Former British Prime Minister Tony Blair provides important insight to what the West must do moving forward after leaving Afghanistan.

In an address to the Royal United Services Institute, former British Prime Minister Tony Blair explained that the lack of political will in the West has led to a decline in the will to combat radical Islam through military action.

Blair explains that Western countries have become increasingly opposed to losing military lives on the ground – understandably so – but that this aversity to casualties provides our enemy with a simple incentive structure. Simply put, those who wish to chip away at our political will know that all they must do is inflict pain and death on our servicemen and women.

When speaking about the United States, Blair notes that “…[i]t is clear now, if it wasn’t before, that America has decided for the foreseeable future it has a very limited appetite for military engagement…” Blair then attributes the West’s loss of ability to formulate strategy, especially in the long term, to the increasing anxiety of America’s allies whilst emboldening our opponents while simultaneously signaling that “our time is over.”

Blair also explains the danger of radical Islam and how we must confront it with both hard and soft power, and the lack of nuance held by the term “ending forever wars.”

To read Blair’s speech, and to gain a new perspective on the United States’ withdrawal from Afghanistan, head over to The Daily Wire.