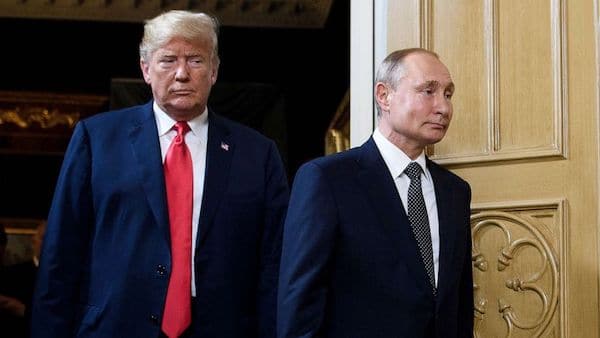 President Trump’s relationships with Cuba, Russia, and Iran demonstrate once again why President Biden’s actions are harming the country.

Afghanistan is just the latest example of President Joe Biden’s botched foreign policy. He’s been wrong in at least three other areas.

On June 16, 2017, President Trump rolled back ties with Cuba that Obama had put in place. During his speech in Miami, Trump outlined his guidelines to reinstate restrictions on travel and trade with Cuba. He did not sever all diplomatic ties with the communist country but announced that the U.S. Embassy staff in Havana would be reduced by half in September 2017. Trump’s approach was a far cry from Barack Obama, who attended a baseball game with Raul Castro during his trip to Cuba in 2016. Trump was right in his firm stance, and Biden’s policy is wrong.

During the G20 Summit in July 2017, President Trump met with Russian President Vladimir Putin for the first time. Trump asked Putin if Russia interfered in the 2016 election, as the Mueller probe was underway. When Trump met with Putin, he entered from a position of strength during his presidency. This June, Biden met with Putin in Geneva and presented him with a list of 16 critical infrastructure entities that were “off limits.” By giving the Russian leader a list of targets, Biden only emboldened Putin and the Russians to continue hacking critical American interests. Trump’s strong stance against Russian aggression was right and Biden’s weak stance was wrong.

On Oct. 13, 2017, President Trump announced that his administration would not verify Iran’s compliance with the 2015 Joint Comprehensive Plan of Action (JCPOA) — or the Iran nuclear deal. He told Congress that Iran’s behavior violates the spirit of the agreement. President Trump called on the House and Senate to deliberate reimposing sanctions on Iran for their violation of the JCPOA terms. Since taking office, Biden has expressed interest in rejoining the 2015 JCPOA. This would be a major foreign policy blunder, and allow Iran to have a nuclear weapon sooner. President Trump officially withdrew the United States from the Iran deal on May 8, 2018. President Trump was right to withdraw the United States from the Iran Deal, and Biden is wrong.