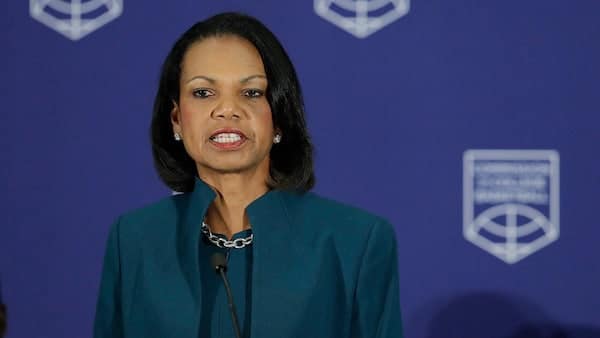 Condoleezza Rice looks at where the United States stands 20 years after 9/11: “We are safer but not safe.”

September 11, 2001 changed everything. Traveling from one state to another became more complicated for Americans, new institutions were made, and American leaders were forced to acknowledge that they were not invincible.

Today is a time to remember the 2,977 men and women who were killed, the first responders who showed extraordinary courage as they ran into the wreckage, and the thousands of men and women who volunteered to take up arms and defend the United States thereafter. Today is the day to reflect on the spirt of unity that abounded in the days following that national tragedy. Today is the day to teach those that were too young, or yet to be born, about the horrors of 9/11 to make certain that September 11, 2001 is never repeated.