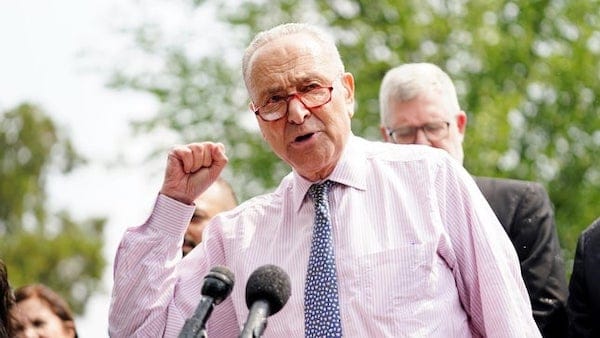 Last week, we asked readers: "Do you think the Democrats' $3.5 trillion spending bill will increase inflation or help the U.S. economy?" A total of 716 respondents voiced their opinions on this important issue.

The majority of voters said they believe the spending bill will in fact increase economic inflation, with 72.49 percent of the vote (519 readers).

The spending bill proposed by House Democrats has been the subject of much debate this year. The bill's exorbitant cost worries many due to the current poor state of the U.S. economy as it continues to climb back from the effects of COVID-19 and price spikes.

The bill's focus on infrastructure, health care, and other areas would greatly increase government spending and control. It remains to be seen if a bipartisan solution is to come or if all of the Democrats will agree to vote on the bill as well.

Hear Newt's thoughts on the spending bill in his latest audio update.

Do you think the Democrats' $3.5 trillion spending bill will increase inflation or help the U.S. economy?