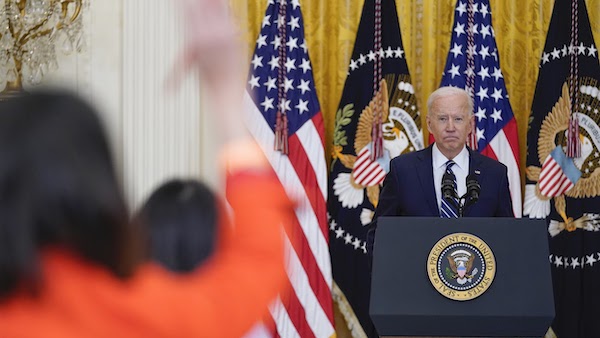 President Biden’s actions in the last eight months counteract the “transparent” platform said he would bring to the White House if he were elected.

The lack of transparency by both President Joe Biden and his administration should not be surprising. If we choose to be honest with ourselves, we should know to expect nothing less from a man who ran a presidential campaign quite literally from his basement.

As of Aug. 19, President Biden had given only nine sit-down interviews with the press throughout the first seven months of his presidency. In contrast, his predecessors President Donald Trump and President Barack Obama, had given 50 and 113 interviews respectively in the same time frame.

This lack of interaction with the press flies directly in the face of the “transparent” platform President Biden said he would bring to the White House if he were elected. Another large problem for openness and transparency is the fact that we also have a president who says one thing and then does another.

This about-face has been seen yet again in regard to COVID-19 vaccine mandates. At the beginning of September, President Biden announced a sweeping vaccination mandate for companies with more than 100 employees. If companies do not comply, or do not provide weekly testing for those who do not get vaccinated, they will be fined $14,000 per infraction. Congressman Kevin McCarthy (R-CA) wasted no time in pointing out that on Dec. 4 2020 President Biden said “No I don’t think it [vaccines] should be mandatory, I wouldn’t demand it be mandatory.”

President Biden ran on a platform of making the White House transparent. He has simply failed. The American people deserve to hear from their president. Not his handlers.