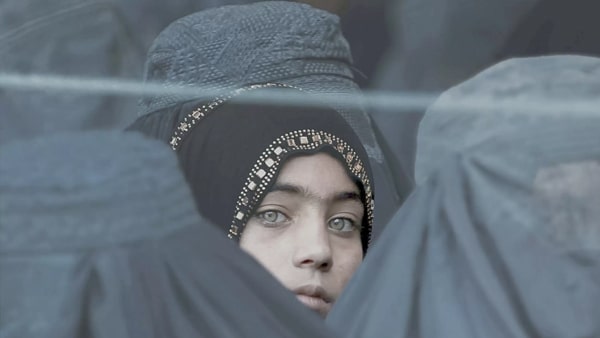 As the Taliban continues to consolidate power, thousands of Afghans are desperate to flee the oppressive regime but remain trapped in Afghanistan.

Religious minorities, women, children, those who oppose the Taliban’s authority, and those who have worked with the United States are at high risk of persecution and retribution by the terrorist regime.

The dire circumstances in Afghanistan create an optimum environment for the emergence of an additional crisis—the trafficking of Afghans.

According to the United Nations, “People escaping from war and persecution are particularly vulnerable to becoming victims of trafficking. The urgency of their situation might lead them to make dangerous migration decisions.”

Children in Afghanistan are especially in danger of falling victim to the evils of human trafficking.  Shahrzad Fouladvand, a lecturer in international criminal law at the University of Sussex, said, “Commercial sexual exploitation, child sexual exploitation, recruitment of children for armed groups as well as labor exploitation are the most relevant types of human trafficking that the criminal networks can be involved with in Afghanistan.”

Concerning reports have already emerged indicating the enormous risk of human trafficking for young Afghan girls fleeing the violence and persecution of the Taliban.  The Associated Press reports that U.S. officials at intake centers in Wisconsin and the United Arab Emirates have identified potential child brides.

A report from August 27 describing the situation at Fort McCoy in Wisconsin was sent to all U.S. consulates and embassies, in addition to military command centers in Florida.  According to the document, “Intake staff at Fort McCoy reported multiple cases of minor females who presented as ‘married’ to adult Afghan men, as well as polygamous families.”

Additionally, a diplomatic cable was sent from U.S. officials in the United Arab Emirates to Washington that warned that young Afghan girls had been forced into marriages to escape the Taliban.  Officials also told the AP that numerous girls sheltering in Abu Dhabi described being sexually assaulted by their “husbands.”

But children who stay in Afghanistan are also at risk of becoming victims of human trafficking.

As defined by the U.S. State Department, the recruitment or use of child soldiers in combatant or support roles, through force, fraud, or coercion, is a form of human trafficking.

For years, the Taliban has used children as so-called “force enablers” in their “righteous” fight against the West.  Children as young as six years old attend Islamic religious schools with Taliban teachers and learn military skills around the age of 13.  Although these schools, which provide food and clothing, are appealing for poor families, it is a violation of international law for armed groups to recruit children under the age of 18.  Additionally, previous reports indicate that children have been recruited by the Taliban for suicide attacks, active combat spying, sexual purposes, or for placing improvised explosive devices (IEDs).

With the Taliban in control of Afghanistan, the vulnerability of children at risk of recruitment remains prevalent.  In a statement, UN High Commissioner for Human Rights Michelle Bachelet referenced, “credible reports of serious violations of international humanitarian law and human rights abuses taking place in many areas under effective Taliban control such as… [the] recruitment of child soldiers.”

As the crisis in Afghanistan continues to unfold, the United States and our allies must confront the abuse of innocent victims and the hidden tragedy of human trafficking.