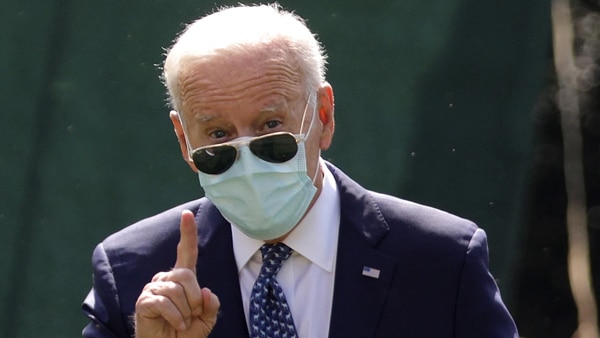 The Biden border disaster is a combination of Big Government Socialists’ ideological principles that do not fit reality and a total collapse of competence. It is just going to get worse until the American people demand dramatic changes.

As President Joe Biden vacationed at Rehoboth Beach, the disaster at the U.S. southern border continued to metastasize.

Anyone who has seen pictures of thousands of people crossing the Rio Grande en masse knows the administration has achieved complete failure.

Anyone who has seen the overhead drone footage of more than 12,000 people gathered under one bridge in South Texas knows that massive, historic incompetence is being allowed to flourish.

At the same time, it’s clear that – despite all the Big Government Socialists in Biden’s party who complain about America – we remain the one country people desperately try to get into. There are no caravans trying to force their ways into China or Russia. The rest of the world knows that freedom and free market capitalism work and create desirable lives.

The Biden-Harris fantasy of an open border is an invitation to a growing catastrophic collapse of rational, sane, orderly policy. As Gallup’s World Poll reported in 2018, “One in five potential migrants (21%) – or about 158 million adults worldwide – name the US as their desired future residence.” This means that that the Biden-Harris focus on Central America is irrelevant. The Pew Research Center reported in August, 2021 that 29 percent of illegal immigrants on the southern border came from countries other than Mexico and the Central American triangle. That was a jump from 9 percent in 2019.

So, we could have a 50 percent increase in the American population if the Biden Border Disaster continues long enough – and the number might increase as people get here and email or call home saying that life is a lot better in the United States – a lot better.

The border is another area (politically and physically) in which Big Government Socialists do not believe in the rule of law – and have contempt for the Constitution. They have a fascist-like belief in the importance of raw power (note the behavior of the Nancy Pelosi dictatorship in the House in which she threatened to arrest staff members who disobey her mask mandate).

This contempt for the law means that the federal government is routinely breaking the law at the border in the name of politics. Rather than following existing immigration law which would impose order and counter people trying to enter the country illegally, the Biden administration weakens enforcement, makes it easier for people to cross the border, and then bypasses legal controls to keep track of immigrants once they are here. All elected officials and federal agents swear to uphold the law. At the border in particular, the Biden administration is instructing them to break the law.

There is also a profound double standard at the border. No people here illegally are being told to wear masks or get vaccinated or tested for COVID-19. President Biden is prepared to use the force of government to impose rules on Americans, but he refuses to impose those rules on people crossing the border illegally.

It is understandable that Big Government Socialists would be biased against Cuban immigrants. Cubans having experienced first-hand the poverty and oppression of a Communist dictatorship and socialism. They also vote overwhelmingly for Republicans.

What is harder to understand the Biden administration’s reaction to the immigrants from Haiti. While many other immigrants are being bussed and flown around America to a wide range of cities, there is apparently a real effort to fly Haitians back to Haiti.

The brutality of this policy has led the American Special Envoy to Haiti to resign in protest. Here is what he wrote to Secretary of State Antony Blinken:

“With deep disappointment and apologies to those seeking crucial changes, I resign from my position as Special Envoy for Haiti, effective immediately. I will not be associated with the United States inhumane, counterproductive decision to deport thousands of Haitian refugees and illegally immigrants to Haiti, a country where American officials are confined to secure compounds because of the danger posed by armed gangs in control of daily life. Our policy approach to Haiti remains deeply flawed, and my recommendations have been ignored and dismissed, when not edited to project a narrative different from my own.”

Make no mistake: This is squarely the Biden border disaster.

President Donald Trump had developed a series of policy initiatives which had the border under control. The Biden administration rejected virtually every one of those initiatives and adopted an essentially open border policy (except for Cubans and Haitians).

The nightmare is going to get worse, and the chaotic mass migration of people from all over the world is going to continue. Conditions at the border will only get more “inhumane” and “counterproductive.”

Of course, none of this seems to bother Biden in Rehoboth Beach.

In fact, I haven’t yet found any evidence that Biden has ever gone to the southern border – either as a senator or as vice president. There are rumors that Biden may have come close to the border in 1987 – but no proof that he actually got to the border (we at Gingrich 360 are still searching diligently).

The Biden border disaster is a combination of Big Government Socialists’ ideological principles that do not fit reality and a total collapse of competence. It is just going to get worse until the American people demand dramatic changes.